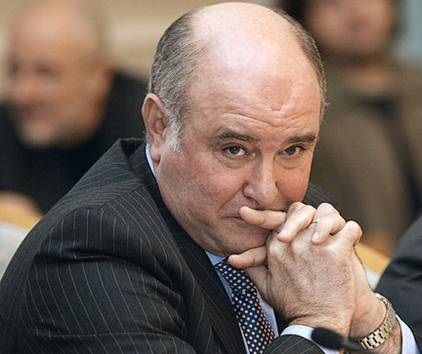 TBILISI, DFWatch–Representatives of Georgia and Russia meet in Prague today to discuss trade, cultural and transport issues. The countries still have no formal relations after fighting a war in 2008.

Prime Minister Bidzina Ivanishvili a few months ago appointed Zurab Abashidze as special representative for relations with Russia, following up a promise from the election campaign to improve relations with Georgia’s northern neighbor.

December 14 Abashidze met in Geneva with Gregory Karasin, representative of the President of Russia. The content was said to have been mostly procedural, agreeing on how and when to meet.

This second bilateral meeting today, March 1, in Prague, will be dedicated to discussing trade, transport and cultural relations, as well as to sum up step forwards in regards of trade as there is ongoing process to return Georgian wine and mineral water to the Russian market.

The parties may also discuss the upcoming winter Olympics in Sochi, a resort town located on the border between Russia and the Georgian breakaway region Abkhazia. (https://dfwatch.net/georgia-and-russia-plan-second-bilateral-meeting-169466

There are no diplomatic relations between Georgia and Russia since the war in August of 2008. Visa applications and other consular issues between them are handled by Switzerland.

Although the two countries do meet regularly in connection with the Geneva talks, these meetings involves all the parties in the war in 2008 and deal strictly with conflict resolution, not discussions of trade issues and opening relations.