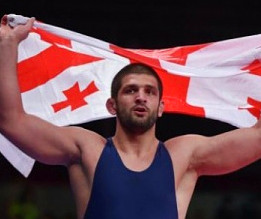 This is Georgia’s seventh medal in the games: two gold, one silver and four bronze medals.

In the final, Petriashvili won against Tervel Dlagnev from the United States. The score was 10-0 in the first period as Petriashvili defeated the competitor in just 30 seconds.

In the quarterfinals, Iran’s Komeil Ghasemi defeated Petriashvili 3-1, after which he won both rounds against Canada’s Korey Jarvis and was able to continue to compete for a bronze medal.

Petriashvili won gold in the European championship in Riga in 2016. He has won bronze in the world championship twice; in 2013 and 2015.