Free Democrats promises to decriminalize all drug use

Free Democrats promises to decriminalize all drug use 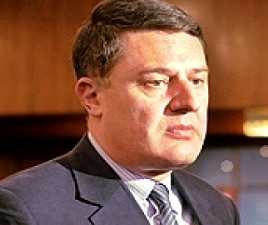 TBILISI, DFWatch–Irakli Alasania’s Free Democrats promises a liberal drug policy and the decriminalization of all forms of drugs if they come to power.

But the punishment for drug dealing will be tougher, the party’s healthcare strategist Nikoloz Pruidze said at a briefing on Monday.

The goal, he said, is to craft a drug policy based on justice, equality, human rights and social health principles.

The Free Democrats policy announcement came as a response to the news of a 22-year-old man’s suicide in western Georgia few days ago. In a suicide note, the deceased wrote that a local policeman had threatened him and forced him to inform on people who stored or produced light drugs in town.

“We, the Free Democrats, believe that the responsibility for the tragedy in Samtredia, which resulted in the death of a 22-year-old young person, rests on the law enforcement bodies, as well as the government, which has had an incorrect drug policy over the last decades,” the party representatives say.

Several draft laws have been submitted to parliament over the last four years, aimed at softening the drug policy, but all of them have been rejected, including a bill previously reported by DFWatch which was proposed by MP Goga Khachidze, a former National Movement member.