Free Democrats leader leaves politics after failing to get into parliament

Free Democrats leader leaves politics after failing to get into parliament 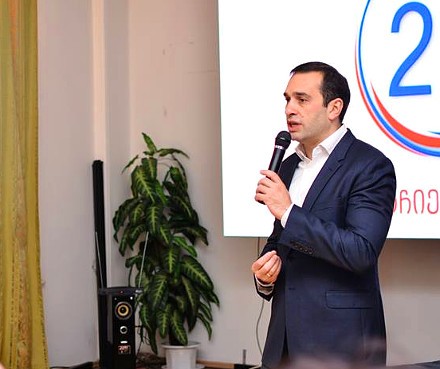 TBILISI, DFWatch–Former Georgian defense minister Irakli Alasania said Monday that he is quitting politics ‘temporarily’ after his party failed to surpass the 5% threshold in the parliamentary elections.

Alasania’s statement came after the Central Election Commission (CEC) released preliminary results showing that his party, the Free Democrats, had got 4.62 percent of proportional votes, thus falling short of the five percent limit to qualify for parliament.

He also suspended his candidacy in a run-off election between him and a candidate for the ruling GD party. Alasania came second with 19 percent of votes. After his withdrawal, the GD candidate will compete against another former defense minister, Irakli Okruashvili for the Gori seat.

Prior to Alasania’s statement, another important person in his party, former Minister for Euro-Atlantic Integration Alexi (Buka) Petriashvili wrote on Facebook that he was quitting politics.

According to Rustavi 2, some other important politicians with Free Democrats were going to quit too, including MPs Victor Dolidze, Irakli Chikovani, and Giorgi Tsagareishvili. They don’t comment on the issue, though FD’s office rejects the notion of the party being disbanded.