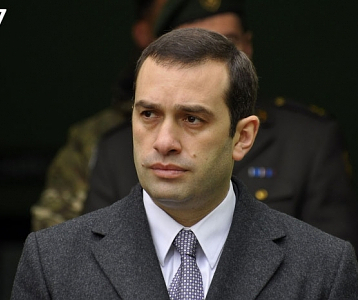 TBILISI, DFWatch–Irakli Alasania, the former defense minister and leader of the Free Democrats who ‘temporarily left’ politics after his party failed to reach the minimum 5% in the election, may be hired by the president’s administration.

According to domestic media, President Giorgi Margvelashvili is considering him as the new secretary of the National Security Council, a post which is currently vacant.

The president’s spokesperson Eka Mishveladze told DFWatch that there are currently no negotiations with anyone about assuming the post as NSC secretary.

“As soon as a decision is made about the candidacy, you will all know. No candidates have been considered so far,” she says.

The post as secretary of the NSC has remained vacant since Irina Imerlishvili was nominated by the president as a judge of the Constitutional Court on September 10.

Alasania said October 10 that he was going to leave politics because of his party’s defeat in the parliamentary election. Himself a majoritarian candidate, he also refused to participate in the second round of the election on October 30, in which he was to have competed against a Georgian Dream candidate in Gori.

Alasania explained that although he has temporarily left politics, he remains the leader of the Free Democrats, unlike other of the party tops, who have left, like Aleksi Petriashvili, Zurab Abashidze, Gia Tsagareishvili and Davit Onoprishvili.

Member of parliament for Georgian Dream Eka Beselia claims that her party is not involved in the process of selecting a new NSC secretary; this is up to the president to decide.