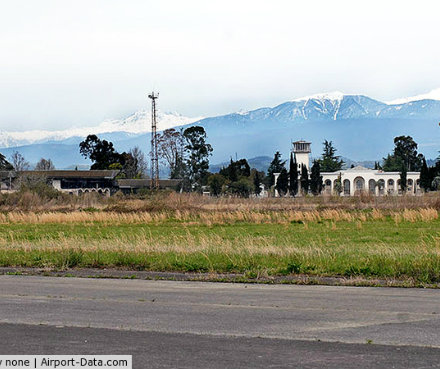 TBILISI, DFWatch–Four bodies found in a cemetery in Abkhazia have been identified. The bodies belong to the same family and the four died in a plane crash during the war in 1992-1993.

According to Refugee Minister Sozar Subari, the victims are twins Nukri and Vasil Tsiklauri. They were sons of Bela Zaldastanishivli. The other two bodies belong to Bela’s brothers Zura, 23, and Tengo, 25, Zaldastanishvili.

They were employees of the Ministry of Security and left for Sukhumi on September 22, 1993, in order to participate in an operation to evacuate Georgian head of state Eduard Shevardnadze. Their plane exploded at Sukhumi Babushara Airport during landing.

The four bodies were sent to the family on Monday, but the family members have not yet commented.

December 9, Georgian Patriarch Ilia II will host the family of the victims and bless them. The same day a public funeral will be held at Sameba Cathedral in Tbilisi after which all four will be buried at the Cemetery of Brothers in Dighomi, on the northern outskirts of the capital.

The bodies were found during an exhumation of at Babushara Cemetery in Abkhazia in spring 2014 with help of forensic anthropologists from Argentina. 31 bodies of fighters were taken to Tbilisi for autopsy. DNA profiles and identification of victims’ family members’ biological samples was carried out at a laboratory in Zagreb, Croatia.

The process of transferring the bodies from Abkhazia was halted in 2006 and not revived until 2010 when a bilateral coordination group was set up with the help of the Red Cross in order to study those lost in the Abkhazian War. The group had representatives of the Refugee Ministry, while from Abkhazia there was de facto Vice Prime Minister of Abkhazia Indira Vardania. December 13, 2013, agreement was reached to conduct exhumation at the Brothers’ Burial on Babushara Cemetery.

Minister Sozar Subari says that the process of transferring bodies from Babushara Cemetery is not finished. Work continues to find other burials in Abkhazia and Georgia-controlled territories. Twelve more bodies will be identified in a few days, he said.

After the change of government in 2012 there was talk about opening a burial place in the village Achadari (formerly Milara), near Sukhumi, where there allegedly are buried 44 Georgian fighters. They may possibly be the ones who were protecting the building of the Council of Ministers in Sukhumi till the end on September 27, 1993. It is not known when this process will start.

According to official information, more than 2,000 people are still missing from the Georgia-Abkhazia conflict of 1990s. 92 people died in the explosion of the plane at Babushara airport.