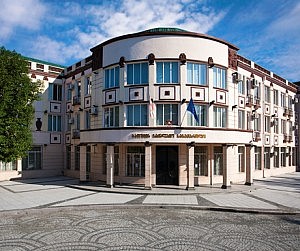 TBILISI, DFWatch–A court in Georgia on Wednesday sentenced four men to up to 8 years in jail on Wednesday for bridenapping.

The bride kidnapping took place in Kobuleti, a town on the Black Sea coast, in November last year.

In her court testimony, the victim said she was abducted by a man at gunpoint but managed to send a message to her sister. Later the police arrested the man and three others who aided him in the crime.

The local newspaper Batumelebi reported that Batumi City Court found all four men guilty of  deprivation of liberty and illegally carrying a weapon. Three men were sentenced to seven years in jail, while the fourth man was also charged with using drugs. He was sentenced to eight years in jail.