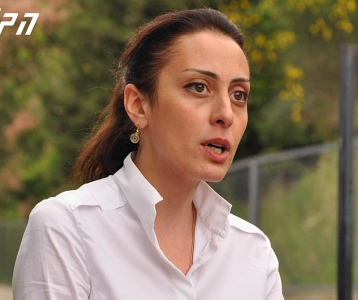 TBILISI, DFWatch–One more former Georgian official was appointed to a high position in Ukraine on Wednesday.

Khatia Dekanoidze, who served as minister of education in Georgia in the final months of Mikheil Saakashvili’s presidency in 2012, is now chief of the Ukraine’s national police force.

A decree about appointed Dekanoidze was issued Wednesday evening during a cabinet meeting. Minister of Internal Affairs Arsen Avakov nominated her to this post. Earlier she used to be Avakov’s advisor.

Previously, Dekanoidze was head of administration of Georgia’s National Security Council. She has also been head of the Police Academy, and from July, 2012, to October, 2012, she replaced Dimitri Shashkin as education minister in Georgia.

Another former Georgian official, Eka Zghuladze, is a deputy interior minister in Ukraine. She held the same post in Georgia.

Saakashvili became governor of Odessa in May.