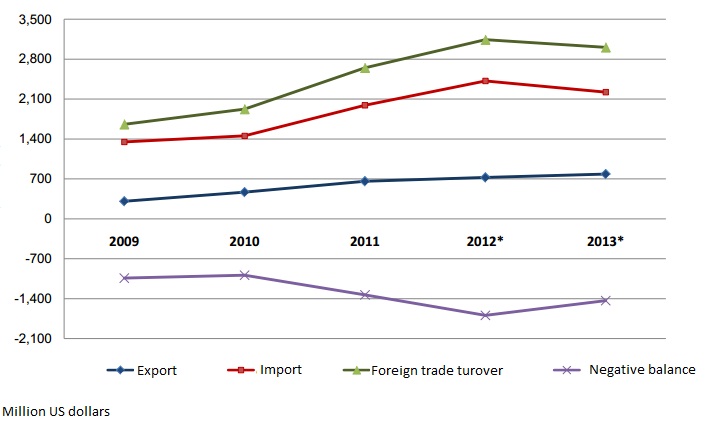 TBILISI, DFWatch–According to preliminary data, Georgia’s foreign trade turnover has decreased by four percent in the months January through April of 2013, compared to the same period in the preceding year.

The total foreign trade turnover in this period totaled USD 3 006 million. USD 785 million out of this was export, which is eight percent more than last year, while USD 2 220 million was import, eight percent less than in 2012.

The negative trade balance in January-April was USD 1 435 million, which is 48 percent of the total foreign trade turnover.

Georgia’s National Statistics Department will publish precise data from this period on May 24.