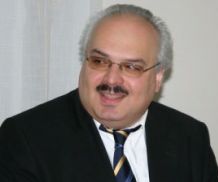 “The PM instructed me that the system must function,’ said Davit Japahjania, one of the deputies to the foreign minister. (Interpressnews.)

TBILISI, DFWatch–At least two of the deputies of the Georgian foreign minister will remain on their posts despite saying yesterday that they would resign in the wake of the dismissal of the defense minister.

Tamar Beruchashvili and Davit Jalaghania told journalists that they spoke to the PM and were talked into staying on.

“I am sure that Georgia’s Euro-integration will be an irreversible process. My duty is to share my experience and competence in this process,” Beruchashvili told Imedi TV.

Jalaghania said he is to remain on his post ‘for a while’, but didn’t specify when he is planning to leave.

“The PM instructed me that the system must function and the goals and orders must be fulfilled,” Jalaghania explained.

Garibashvili said today that all the foreign minister’s deputies except Davit Zalkaliani will remain on their posts.

“The fact that Mrs Maia Panjikidze attempted to demonstratively take away her deputies once again proves their disrespect and irresponsibility,” he said.

The PM underlined that the country is expecting foreign guests and it would be a shame if no-one would greet them at the Foreign Ministry.

Vladimer Gurgenidze, one of the deputies, has not yet commented.