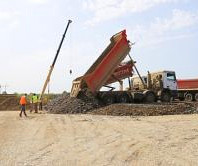 TBILISI, DFWatch–Georgia’s direct foreign investments in the first quarter of 2016 was 103 percent more than in the same period last year, Georgia’s National Statistics Office writes in a preliminary report.

Investments in the first quarter amounted to USD 376 million.

According to the report, which was published on Thursday, the top three partner countries in this period where Azerbaijan (36 percent of investments), Turkey (15 percent) and UK (12 percent). Among the top ten are also South Korea, the Netherlands, international organizations and Luxembourg.

53 percent of the investments in the first quarter went into the communication and transport sector, followed by the financial sector (15 percent) and the energy sector (11 percent).