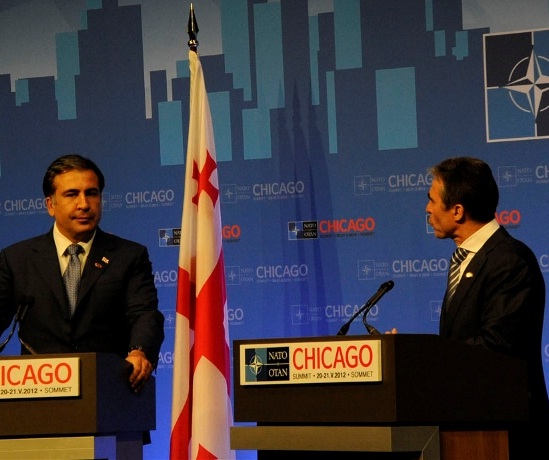 TBILISI, DFWatch – NATO’s Secretary General will come to Georgia on September 6 and hold official meetings for one day.

Manana Manjgaladze, Spokesperson for president told DF Watch that Anders Fogh Rasmussen arrives in Georgia as part of a tour of the Caucasus.

Deputy foreign minister Nino Kalandadze said at a regular briefing on Monday that Anders Fogh Rasmussen’s visit will last one day. He will meet with representatives of diplomatic missions in Georgia and hold a speech to the diplomats.

Rasmussen will also meet with the Georgian battalion which will leave for Afghanistan.

This will be the NATO Secretary General’s third visit to Georgia, which according to Nino Kalandadze means that the dynamic of NATO-Georgia relations are steadily deepening.

In an interview with Imedi TV, Anders Fogh Rasmussen focused on the upcoming parliamentary elections on October 1, which according to him is a test for the reforms in Georgia.

He said NATO welcomes and supports ongoing and conducted reforms in the country.

He said the country has achieved progress, so it is very important that the upcoming election is free and fair and that there are equal conditions for every candidate.