First lady and ministers perform in ‘Women wounded to death’

First lady and ministers perform in ‘Women wounded to death’ 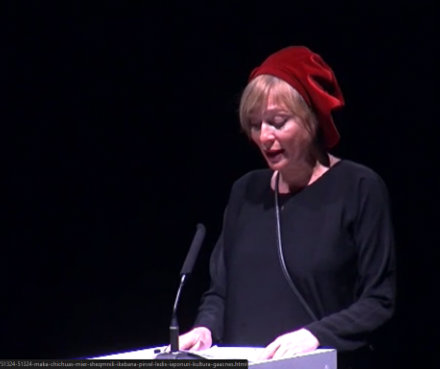 TBILISI, DFWatch–Georgia’s first lady and several government ministers took part in a theater performance on Tuesday dedicated to women who have been victims of violence.

The title of the performance, held at Marjanishvili Theater, was ‘Women wounded to death’ and consisted of actual stories of violence against women in Georgia.

16 women cooperated on reading the stories out loud, including the first lady, several ministers and ambassadors.

The performance has been held in different countries, as well as the UN headquarters. It was first shown in Italy in 2012 as ‘Ferite a Morte’. Tuesday’s performance was an initiative of Italy’s Ambassador to Georgia, Federica Favi.

According to Favi, the goal of the performance is to bring the message to more people that violence against women is a crime and the audience should think about aggression against women.

There is an ongoing debate in Georgia about violence against women and especially wife killings, after a man shot his wife, who was a lecturer at Ilia State University, and then killed himself. There have been held a number of rallies highlighting the problem and demanding that the government takes measures against it.