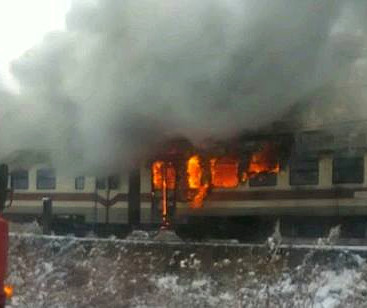 TBILISI, DFWatch–Police in Georgia are investigating a fire which broke out Sunday aboard a passenger train en route from Kutaisi to Batumi on the Black Sea.

The blaze occurred near the village Khajalia. Although the train carriage was severely damaged, passengers were evacuated in time, and there were no injuries.

Georgian Railway LLC released a statement shortly after the incident emphasizing that it would not affect the train schedule.

Police have launched an investigation under article 187 of the Criminal Code, about destruction of property.