Film made by Georgian director nominated for Oscar

Film made by Georgian director nominated for Oscar 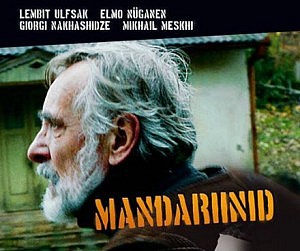 Tangerines, a Georgian-Estonian co-production, was selected for the short list of foreign language film nominees together with Corn Island, another movie also made by a Georgian filmmaker. The latter, which represented Georgia, didn’t make it to the top five list.

Tangerines tells the story about an Estonian man who shelters wounded Georgian and Chechen soldiers during the war in Abkhazia in the early 1990s. It was shot in 2013 on a 650,000 euros budget with financing from Eurimages European Cinema Support Fund and Georgias National Cinema Center. It has a cast of Georgian and Estonian actors, including Misha Meskhi and Elmo Nuganen.

In international competitions the film represents Estonia, because as its director Zaza Urushadze earlier explained to DF Watch, there was more Estonian financing involved and the producer of the film was Estonian.

The 87th Academy Awards will be held in Los Angeles on February 22.