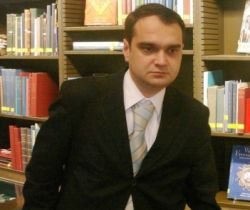 TBILISI, DFWatch–The escalation of the conflict in Nagorno-Karabakh has complicated relations between the Armenian and Azerbaijani communities in Georgia.

A small group of Georgian citizens plan to go to fight in case the conflict continues. Ethnic Azeris plan to support Baku and ethnic Armenians to support Karabakh.

There are unconfirmed reports about several people already leaving Georgia to fight.

Arnold Stepanyan, a human rights activist and head of Multinational Georgia, told DFWatch that tension clearly has increased among the Azerbaijani and Armenian communities in Georgia lately, but unfortunately no-one has paid attention to it. The escalation of the conflict in Karabakh has contributed to this confrontation deepening.

He says there are groups of people wishing to fight and there is propaganda being disseminated to encourage it.

Stepanyan claims that the informational propaganda of Armenia and Azerbaijan are in full swing, targeting Georgian Azeris and Armenians who have such attitudes. Several days ago, MP from the National Movement Azer Suleimanov told Azerbaijani media outlets that he put together a battalion and wants to go to Karabakh to fight. There is the same development in Javakheti, where people want to go and support Karabakh military groups.

“No one has spoken to the press about this in Akhalkalaki, but this attitude is widespread and sometimes they go to Armenia individually. Armenians from Javakheti living in Armenia said that they have sent volunteers to Karabakh from Javakheti. They go as an organized group or individually,” Stepanyan says.

He explained that according to Georgian legislation, if a citizen of Georgia joins the military of another state, the person will be stripped of his or her Georgian citizenship, a law that might not be well-known.

“At least an MP should know this law and shouldn’t make statements about setting up a battalion?” he said, adding that on both sides of conflict there is active support for recruitment.

He thinks there is a great risk of provocations in Georgia which may turn into something more aggressive.  Stepanyan also told us that his organization is preparing a letter to law enforcement bodies to ask them to react to such incidents and punish people who encourage hatred and violence.

Georgia’s law about citizenship reads that persons who join another country’s military, police or security services without permission from competent bodies in Georgia will be deprived of their Georgian citizenship. The law applies to joining official military services, not joining groups of volunteer fighters in other countries.

The Criminal Code sets punishment for joining or recruiting people to join a terrorist organization, and for participating in activities of such organizations.

Mamuka Mamulashvili, head of Georgian Battalion fighting in Ukraine’s Donbas region wrote on his Facebook page that he supports Azerbaijan in the events going on in Karabakh. His online post was reported in Russian media, but the Defense Ministry of Georgia said that Mamulashvili is living in Ukraine and has no connection with the Georgian army.

Azer Suleimanov told Azeri journalists that during the war between Russia and Georgia in 2008, he was leader of a 150 strong battalion and now he wants to reform this battalion. He also said that he is not afraid of protecting the territorial integrity of Azerbaijan as well as of Georgia. Suleimanov added that he has received tens of proposals from former fighters.

DF Watch tried to check this information, but the MP’s phone was off the whole day.

Gedevan Popkhadze, deputy chair of the judiciary committee in parliament, told us that he is not aware of Suleimanov’s statement and cannot comment on it, however he says that Georgia’s official position is that the country cannot be a party in this conflict and will do its best to avoid taking sides.

Popkhadze added that no-one in Georgia has so far been punished for joining another country’s military, but as the law says, any Georgian citizen who does that will have his citizenship automatically suspended, although only if joining the official military, not informal groups of fighters.

“We have never had such a practice,” he added.