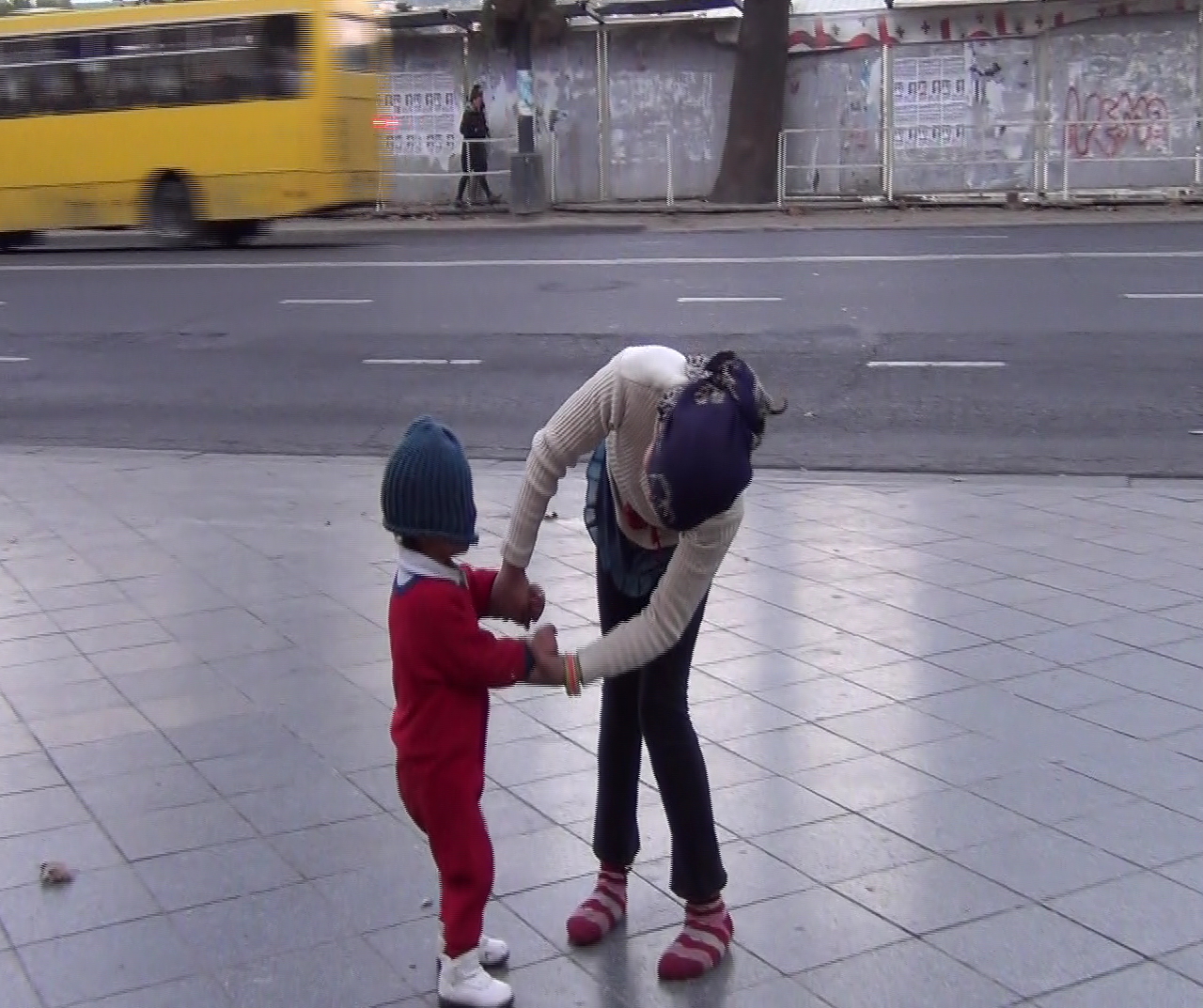 The lack of formal registration makes it difficult to know the exact number of Romas who live in Georgia. (DFWatch.)

TBILISI, DFWatch–The Meliasanovs, a Roma family of nine, did not participate in the last presidential elections, because they are registered far from where they actually live.

However, they don’t believe that the elections would improve their hard social and financial situation, which has stayed unchanged for more than 10 years.

The family consists of a middle aged couple and seven children. They are a rare exception of Romas, in that they have ID cards and birth certificates. The lack of formal registration among people from a Roma, or gypsy, background is the reason why it is so hard to figure out the exact number of Romas living in Georgia.

A census conducted by the National Statistic’s Office in 2002 indicated that there were only 472 gypsies living in Tbilisi. In 2008, the National Center for Minority Issues registered 1 500 gypsies in the whole of Georgia. The most recent data about the number of gypsies was provided by the Ombudsman’s office about 3 years ago and found that there are 1 000.

Nino Andriashvili, a lawyer at Human Rights Center, considers gypsies the most disadvantaged minority in Georgia, as they mostly don’t have even ID cards and can’t participate in the elections, go abroad or get a job.

Romas in Georgia are divided into two branches: Krim and Vlakh. The Krim branch is made up of Muslim from Crimea, South Ukraine and South Russia, while the Vlakh are made up of Orthodox Christian gypsies from Ukraine and Russia.

The Meliasanov family are Christians and on the question about their nationality, Alena Meliasanova, a mother of seven, answers that they are Georgian Roma, citizens of Georgia.

“We were born here, we respect and love Georgians, and we know the language. If we move somewhere, we won’t be treated like we are here,” says Alena.

She says negative stereotypes about gypsies does not affect her. “Our housekeeper is a Georgian woman. She gave us furniture, helps us. Sometimes when we are hungry, she brings us food.”

Two small rooms, that the Meliasanovs rent for 5-6 lari (3-3.50 USD) per day, is on the second floor of a house at Gudarekhi, a district in uptown Tbilisi that is mostly inhabited by Romas. There are only three beds, and the parents sometimes have to sleep on the floor. Early in the morning they go to the market.

Alena and her husband Vasil are street vendors at Lilo Fair, one of the largest flea markets in Tbilisi. They sell shoes and clothes, mostly.

“We receive a small social assistance from the government, but it’s not enough… Sometimes we don’t have money to buy goods and beg money,” Alena says. 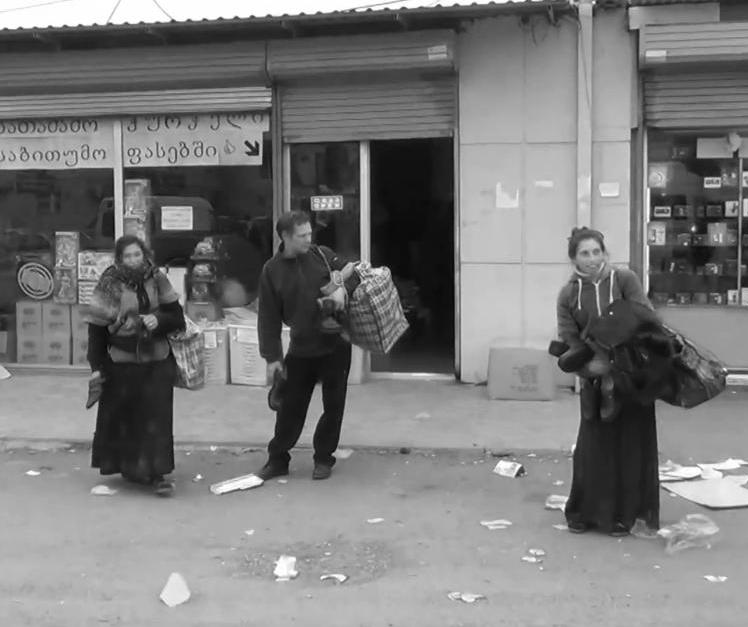 Alina, the oldest daughter of the Melisianovs, is 13. She takes care of the house and her siblings, cooks, washes and has no time to spend with her friends.

“Other girls wear nice clothes. I don’t. I like staying at home,” Alina says. Sometimes she has to leave house and beg money too.

“They often ask me why I don’t attend school. I say, because I have to take care of my brothers and sisters, I have no time, and my family does not have money for it. I attended three classes in school, but then my brother got ill with meningitis and I had to leave school.”

Alena is the only child in her family who has attended classes. The mother says her children need books, notebooks and other items for school and they even don’t have enough clothes to go out.

Though primary education is mandatory in Georgia, no-one seems to be interested in the violation. The Meliasanovs say that for more than 10 years, no social workers or government representatives have visited them.

“Often, parents don’t understand the importance of their children’s education and prefer that they beg in the streets. Generally, the reason is their hard social conditions,” according to a report by the Public Defender Office published in 2010.

“Sometimes the police calls us, asking to take the children home,” said Alena. She and her husband have had several incidents with the police, when, according to them, the police confiscated their goods, as street vending is forbidden in Georgia.

“A young guy came and asked if I had shoes. I showed one pair worth 5 lari (3 USD) and at this time the police approached and took my bag. I asked them to return it, but they never did,” recalls Vasil.

The Meliasanov family has lived this way for more than 10 years, after they left their house in Kobuleti, a seaside resort in Adjara, in western Georgia, and moved to Tbilisi. The government does not have a special program for Romas and they mostly don’t ask for anything from the government, because, according to the Ombudsman report, they have no information, don’t know their rights, where and what to ask. That makes it hard to involve Romas in civil and political life in the country.

The Melisianov family is not interested in politics. They wake up early every morning and go out to earn their own money.