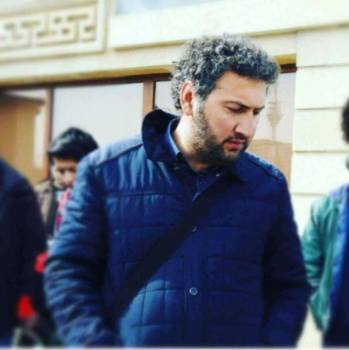 Azerbaijani journalist Khayal Azizov, who has fled from his country, blames the Azerbaijani authorities in illegal persecution and psychological oppression in Georgia.

33-year-old Khayal Azizov arrived in Georgia on June 19, 2017. Back in Azerbaijan, he worked for the online TV Kanal 13. Khayal says that he decided to leave his native country after the arrest of Kanal 13 director Aziz Orujov. He then was summoned to prosecutor’s office and demanded to give testimony against Orujov.

“They had already prepared the testimony and compelled me to sign it. After I refused, they told me go and think over it and then they will summon me again. I was compelled to leave for Tbilisi with my family,” Khayal says.

However, he does not feel secure in Georgia either.

“Soon after arrival I got sure that I was under surveillance. I am chased everywhere, when I go home or meet other Azerbaijani journalists. On January 30 strangers came to my home. I did not open the door and asked them to introduce themselves. They said they were police officers. When I requested them to produce documents, they refused. I called 112 and then they left. Later I called the Ministry of Internal Affairs of Georgia. They checked the information and said they had not send anybody to my home and suggested me to be careful,” he says.

The journalist believes he’s become subject of psychological oppression after he published an article in Georgian media.

Since 2014, after Azerbaijani authority intensified crackdown on opposition, Georgia became a safe haven for many Azerbaijani civil activists. Some of them travelled to the third country via Georgia, others received political shelter and residence permit in Georgia. However, after Azerbaijani journalist Afgan Mukhtarli was kidnapped in May, 2017, part of Azerbaijani activists left the country.

In accordance to the report prepared by three nongovernmental organizations Freedom Now, Human Rights Education and Monitoring Center and International Partnership for Human Rights in 2014-2015, Georgia was believed to be a stable and safe country for activists persecuted by Azerbaijani authorities. However, after 2016 the situation has changed.

Azerbaijani investigative journalist Afgan Mukhtarli disappeared from Tbilisi on May 29, 2017. Soon he turned up in Azerbaijani prison, tried and sentenced to six years in jail. Mukhtarli suspects Georgian law enforcers participated in his abduction.

The article was prepared in the frame of the project implemented by Human Rights House Tbilisi with financial support of the Embassy of the Kingdom of Netherlands in Georgia and National Endowment for Democracy (NED). The article does not necessarily reflect the views of the donors and HRHT.