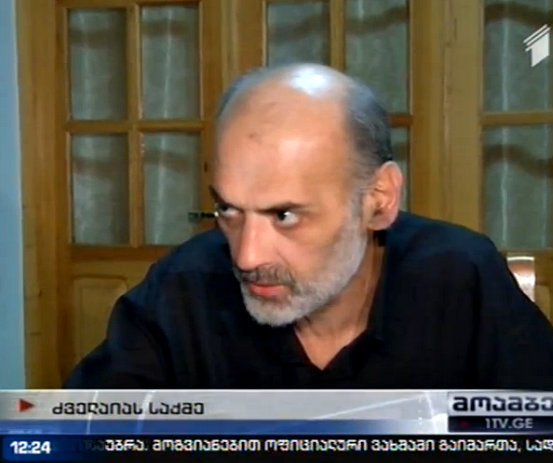 TBILISI, DFWatch–Father of Goga Dzvelaia, who allegedly committed suicide in Kutaisi’s prison no 2 a few weeks ago, claims that the prison ministry showed him footage of another person instead of his son.

On Tuesday, the family watched 24 hours of a surveillance tape which shows how he died.

The screening, which took place at the Prison Ministry, was also attended by lawyers and representatives of Georgian Young Lawyer’s Association, and was taken with a camera in the cell where Goga Dzvelaia was placed in Kutaisi prison.

Tengiz Dzvelaia, father of the deceased, left before the screening was over, claiming that it was not his son that was shown, but another person dressed up in the same clothes.

“I didn’t recognize my son in that video,” he said after leaving the ministry building.

Prison Minister Sozar Subari said the ministry is ready to send the video footage abroad for an independent examination. He said the ministry has done its best in this case, and pointed out that although the father says it is not Goga Dzvelaia in the footage, several uncles of the deceased did recognize him.

He added that the footage shows the hallway in the jail, and the camera is not focused on the face of the prisoner; that is why it is hard to recognize the person.

Subari ruled out the possibility that the family might have been shown footage of someone else. “In that case, everything would have been over for us, including our political career.”

Tengiz Dzvelaia demands to have the footage examined, but says he is now sure that his son was murdered.