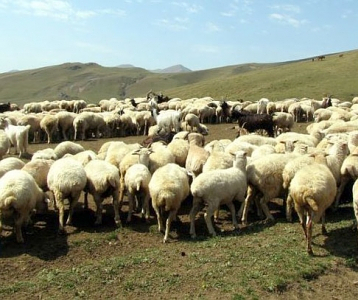 TBILISI, DFWatch–Locals in Uplistsikhe, in Georgia’s Kartli region, threaten that they will block the central highway near Gori because sheep that was returned from Jordan is dying from an unknown disease.

Teo Tlashadze, member of the local council in Gori, told Interpressnews that tens of thousands of sheep were sent to Jordan a few weeks ago, but were rejected for unclear reasons. The sheep were then returned. Farmers now claim their sheep are infected with a disease and that thousands of them have died.

Tlashadze said a few days ago that the sheep have been examined but people don’t know the results yet.

“People are in panic because tens of thousands of sheep died and they had to bury the sheep in pits.”

She said they want help from the government, otherwise they plan to block the highway.