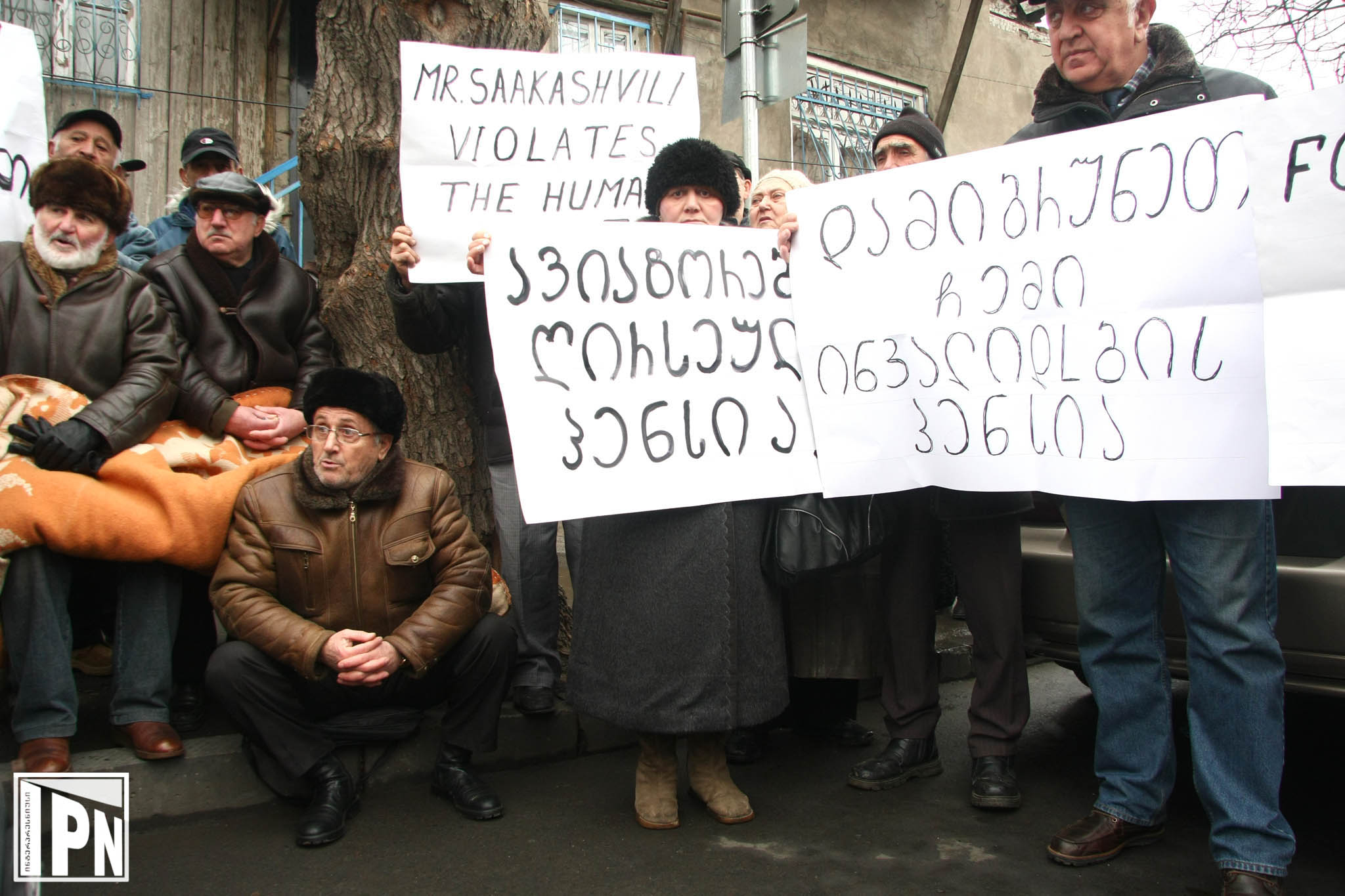 A group of retired pilots Wednesday launched a hunger strike in front of president Saakashvili's residence in Tbilisi, saying that they have not received the compensation which they are entitled to. (Photo: Interpressnews.)

TBILISI, DFWatch – A group of about ten former pilots demand compensation from the government.

For several years now they haven’t received their compensation, they say, not even after Supreme Court ruled in their favor.

Wednesday the retired pilots gathered in front of the president’s residence and started a hunger strike, demaning compensation, and the state established a pension for former pilots.

“It doesn’t matter where I will die -here or at home, in poverty and hunger,” one of the aviators told journalists. “I will fight for my rights.”

The pilots say they do not receive pension, but compensation, amounting to from 108 to 135 lari, which is not enough even to buy medicine.

Around two hundred pilots are waiting for the money to be paid, totaling several thousand lari for some.

Opposition parliamentarians expressed support to the group and promised to help.

“Our aim is that they receive these compensations while they’re still alive, because their number is decreasing day by day,” Interpressnews quotes member of parliament Dimitry Lortkipanidze as saying.

He demanded to meet with government representatives regarding the issue, and later had a meeting with them.

Lortkipanidze said after the meeting that the government promises to look at the issue when Economy Minister Vera Kobalia and Prime Minister Nika Gilauri are back in Georgia.