Ex-minister wanted to fly to Armenia with forged passport

Ex-minister wanted to fly to Armenia with forged passport 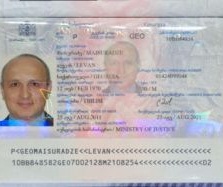 The fake passport, with the name and signature of one Levan Maisuradze, but a photo of Vano Merabishvili. (IPN.)

TBILISI, DFWatch — The former interior minister Vano Merabishvili is under investigation for having tried to board a flight from Tbilisi go Yerevan Friday with a forged passport.

Merabishvili was traveling together with President Saakashvili and others.

According to the interior ministry, upon arrival at the border control at Tbilisi airport, employees of the president’s protocol service presented Merabishvili’s passport, which was a forged passport.

The border police noticed that it was issued in someone else’s name, one Levan Maisuradze, and appeared to bear that person’s signature, but contained a photo of Vano Merabishvili – an easily recognizable face to all Georgians. 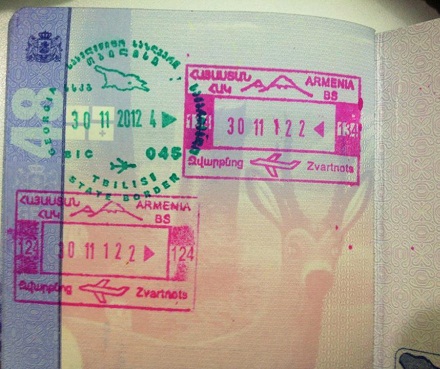 In order not to interrupt the planned visit, Merabishvili was given an opportunity to present his real passport.

The group then flew to Yerevan, and returned to Tbilisi later in the evening, exiting the airport at 23:00.

Now, an investigation has been launched, and Merabishvili has been called to come to the prosecutor’s office Saturday for interrogation.

Later on Saturday Vano Merabishvili held a press conference to respond to the ministry’s statement.

Looking slightly insecure, he noted that the new government is trying hard to assure society that he attempted to leave to Yerevan with fake passport together with president delegation, but that such a claim is absurd.

“We all know this government plans to scare and to detain everybody, but their statement today goes beyond all boundaries,” he said, adding that current events in the country affect everyone.

Merabishvili, who is chairman of the National Movement party, left the party office without answering any questions from journalists.