Ex-minister ‘locked 17 soldiers in for 3 days’

Ex-minister ‘locked 17 soldiers in for 3 days’ 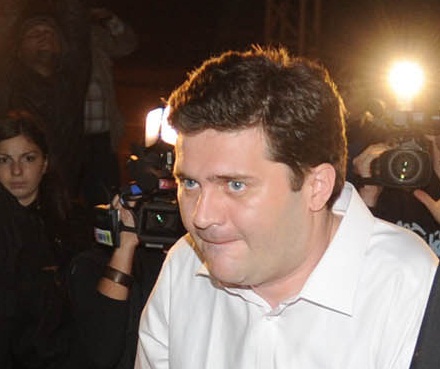 One of the Saakashvili faithfuls, ex-minister Bacho Akhalaia, is charged with locking 17 soldiers up in a cold bathroom for 36 hours because they didn't do their morning exercise. (IPN.)

The former prison minister, defense minister and interior minister is charged under three different sections of the law: for abusing his powers, illegal deprivation of freedom and now for torture as well. Shortly after his detention on November 7, the prosecutor published testimonies of the first witnesses.

Today a story is revealed about 17 military servants, who in February 2010 refused to do their morning exercise, because they had just come off the night shift as drivers.

According to the charge, Bacho Akhalaia ordered all of them to be moved from Tbilisi to the town of Senaki, in the Samegrelo region. Waiting there for them were the defense minister, and Giorgi Kalandadze, former commander of the fourth brigade, who was also detained the same night as Bacho Akhalaia and charged with abuse of powers.

According to the new charges by the prosecutor’s office, the soldiers were verbally and physically abused; then forced to get half naked and run for an hour outside in the cold.

Then they were locked in the bathroom without heating. The soldiers spent three days there, so for 36 hours they didn’t have food. There was cold in the room which had no beds nor chairs, so they had to sleep on the cold floor tiles.

Giorgi Kalandadze was given additional charges under section 333, the same as he already was charged under, which is about abuse of powers and is punishable with up to eight years in jail.

Tbilisi City Court sentenced Bacho Akhalaia to preliminary detention until the trial starts. The first pre-trial hearing is scheduled for December 25. His lawyers appealed his imprisonment to the Appeals Court, but it ruled on Tuesday that City Court’s decision will remain in force.

Lawyers say they will bring the case before the European Court of Human Rights in Strasbourg.