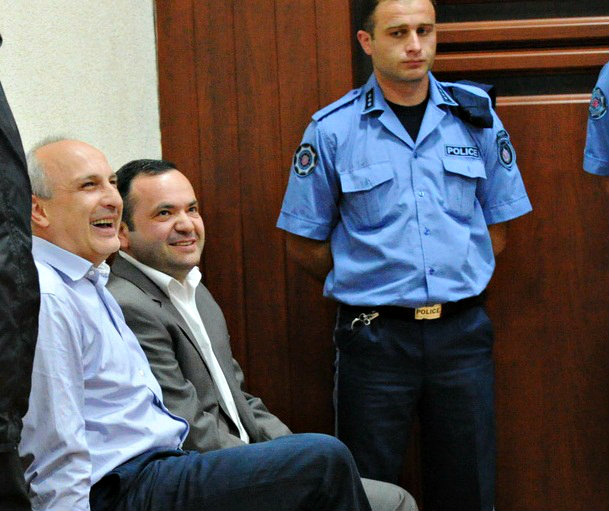 Both Merabishvili, Secretary General of Saakashvili’s United National Movement party, and Zurab Chiaberashvili, member of the UNM and a holder of different positions in previous governments, are charged in a case related to an employment program, while Merabishvili is also charged with the May 26 2011 events and the Sandro Girgvliani murder case.

The Prosecutor’s Office had asked the court to place both in pretrial detention, but the court released Zurab Chiaberashvili on GEL 20 000 (nearly USD 12 000) bail.

Neither of the charged consider themselves guilty. According to journalists from Kutaisi, both Chiaberashvili and Merabishvili said during the hearing they have never been convicted in the past.

Merabishvili’s lawyer plans to appeal the court’s decision to the Appeals Court. Lawyers think the decision was illegal, as he is ready to cooperate and there is no threat that he will hide or leave the country.

Both of the detainees have now been moved to a prison in Kutaisi, Giorgi Gelkhauri, one of lawyers told Interpressnews. Chiaberashvili will be released as soon as he pays the bail money.

The first hearing in the trial is scheduled for July 15.