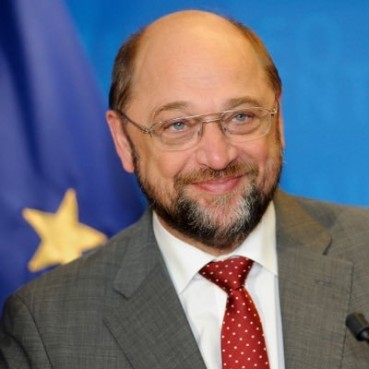 Schulz wrote the Georgia has fulfilled all criteria for visa liberalization. (Twitter.)

TBILISI, DFWatch–The president of the European Parliament, Martin Schulz, on Wednesday used his Twitter account to voice support for Georgia getting visa-free travel with the Schengen area without delay.

Some EU members have been skeptical to expanding the list of countries whose citizens can visit Europe without a visa. The migrant crisis brought over 1.3 million new people into Europe last year, most of whom ended up in Germany. A new system to quickly cancel the visa waiver program of individual countries is now being put in place, and under consideration in the EU’s parliament.

Germany might have chosen to delay the inclusion of Georgia in the visa waiver program until this mechanism is in place, Reuters reported, quoting German diplomats, but also brought two other possible explanations, that Georgia had to wait in line for either Turkey or Ukraine. EU Observer wrote that one reason Germany voted against was that Georgian criminal gangs in Germany, which specialize in home burglaries, have become a public concern and that Tbilisi should help solve the problem before the EU proceeds.

There is also skepticism in France to giving Georgians visa-free travel at this point in time. French president François Hollande expressed his support for visa liberalization for Georgia, the French interior minister Bernard Cazeneuve recently pointed out that the issue ‘couldn’t be dealt with in the coming weeks and months.’

The strongest support for Georgia in the visa waiver issue comes from the Baltic states. During yesterday’s meeting between the prime ministers of Estonia and Latvia, Taavi Rõivas and Māris Kučinskis, Mr Rõivas noted that Georgia and Ukraine met the prerequisites of the European Union and should be granted a visa waiver immediately. The foreign minister of Bulgaria, Daniel Mitov and the president of Slovakia, Andrej Kiska have both recently supported Georgia in the issue.

EU leaders will consider the issue again on June 10 at a meeting of ministers.