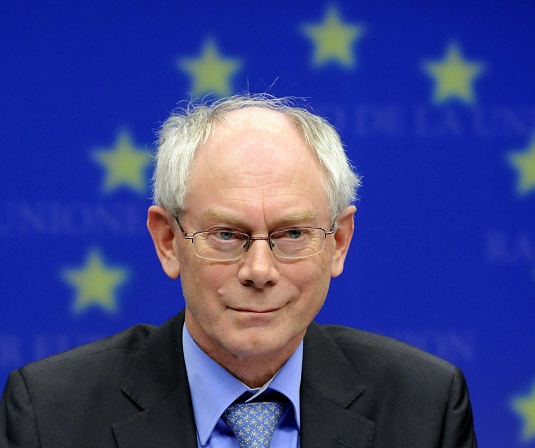 TBILISI, DFWatch–EU is willing to move forward the signing of the Association Agreement with Georgia and Moldova to August 2014 or earlier.

This is the content of a statement by European Council President Herman Van Rompuy, published December 20, 2013.

“This aspiration to come closer to the European Union is shared also by the people of Georgia and of Moldova,” the statement reads.

“The European Council’s message this morning is that we will stand by the side of these countries in their choice, and that we are willing to speed up the signing of the agreements with them, next August at the latest.”

Rompuy’s statement reads that the EU is willing to speed up the signing of the agreements with Georgia and Moldova to next August, at the latest.

Georgia welcomes the EU’s decision about moving forward the date for signing of agreement. Foreign Minister Maia Panjikidze told journalists on Friday that many leaders of foreign countries said during the Vilnius Summit that the agreement must be signed soon, but in the end it was written that it would be signed in the fall of 2014.

“Technical procedures depend on the EU and if they are able to accelerate these processes we will only welcome it,” she said.

Both Moldova and Georgia went through the first signing procedure, called “initialing” in technical language, during the Vilnius Summit in fall of 2013. After this, it was said that Georgia would go through the final signing in October 2014. In the meantime, the agreement will have to be ratified by member countries.

Political analyst Zaal Anjaparidze sees the EU’s decision in light of the current events in Ukraine and thinks that it must be related to the latest activity of Russia. He thinks it is an important decision for Georiga.

“However, the EU must understand that signing an Association Agreement is not enough, and if the process of our EU integration will transform in to an endless waiting then Russia will use it in order to strengthen their influence, whether it is establishing visa free travel or economic relations. Then it is possible that the process may not develop by likely scenario desirable for us and EU,” Anjaparidze told DF Watch.

He said that due to this danger, the EU will probably speed up Georgia’s EU integration process as much as it can.

“However, of course following all major principles. We will have to do our homework in any ways. So many things depend on us.”

Prime Minister Gharibashvili said on Friday that Georgia will do its best to sign the agreement. He thanked Lithuania, as chair of the European Council, for organizing the historical summit. He also thanked members of other EU countries which contributed to preparing the Eastern Partnership strategy, because it gives Georgia an unprecedented opportunity to continue moving forwards to political association with the EU and economic integration.

“This is a really important encouragement for consolidation of Georgia’s democracy and modernization of its economy,” he said, adding that Georgia is also ready to not only sign but start implementation of the Association Agreement.