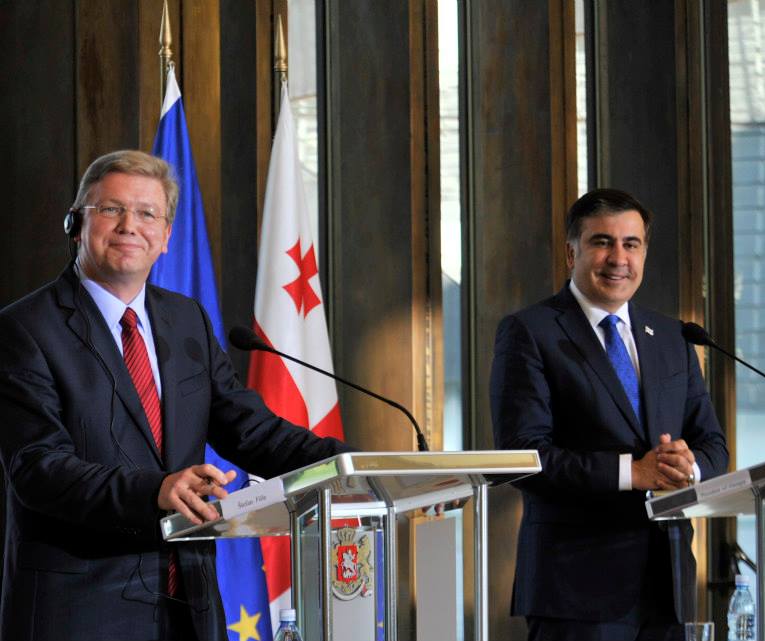 TBILISI, DFWatch–Štefan Füle, European Commissioner for Enlargement and European Neighborhood Policy, is in Georgia and has met with the president and members of the parliamentary opposition.

After meeting with President Mikheil Saakshvili, the EU’s enlargement expert said the two had discussed what has been achieved as a result of the cooperation so far and expressed hope that in the near future several issues concerning economic integration will be resolved. One of the outstanding issues which are being negotiated about is visa free travel.

The commissioner also addressed the detentions of former government officials and members of the National Movement party. The justice process must be free from political interference, he said, but there must not be a culture of impunity.

“My expectation is that state institutions will be respected and they will not be used as an instrument for political purposes,” he said during a press conference after the meeting.

Later on Tuesday, Füle visited the National Movement to meet with Davit Bakradze and Giorgi Baramidze, both of whom are candidates in a primary election within the party to select a candidate for the presidential election on October 27.

During his visit to Georgia, the European commissioner will also meet with the prime minister, the foreign minister and other government officials.