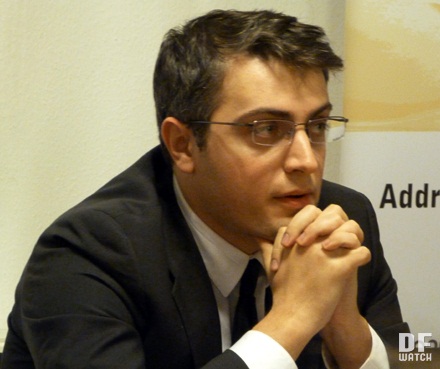 TBILISI, DFWatch — Negotiations are continuing Tuesday between Georgia and the EU about an association agreement. This is the eleventh session, and the talks are talking place at the government office.

Currently Georgia is negotiating with the EU on three separate fronts: association agreement, a deep and comprehensive free trade agreement (DCFTA) and about visa free travel.

Before the session Thornike Gordadze told journalists 3-4 rounds are left until the negotiations on association agreement and DCFTA are completed.

He said the next round will be held by a representative of the new government.

He said the main goal of both parties is to complete the negotiations in the second half of 2013.

“Afterwards, Georgia will be given even larger perspectives to apply for EU membership.”

The outgoing minister wished the new government good luck with continuing the negotiations with the EU.