Energy and finance get new ministers in Georgia

Energy and finance get new ministers in Georgia 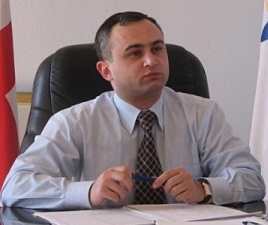 TBILISI, DFWatch – Two ministers have been changed after the new Georgian government was approved. No reason was given for suddenly making the energy minister finance minister, and the head of the local government committee of parliament, energy minister.

Prime Minister Vano Merabishvili announced the changes on Monday during a visit to Guria, a region west in Georgia.

Alexandre Khetaguri had been energy minister from August 2007. Dimitry Gvindadze replaced Kakha Baindurashvili in 2011 in the post of economy minister. It is yet unknown what position he will hold now. Vano Merabishvili said that in two days he will hold new a position, but he didn’t specify.

The prime minister said Gindadze had been successful in his job and that he had accomplished much at the finance ministry in regards to forming a stable finance system and increasing the country’s income and rating.

Merabishvili also said that it is Alexandre Khetaguri’s merits that no one today cares about not having electricity, that’s why he decided to appoint him to one of the most important positions — finance minister.