Employment and Unemployment Trends in Georgia

Employment and Unemployment Trends in Georgia 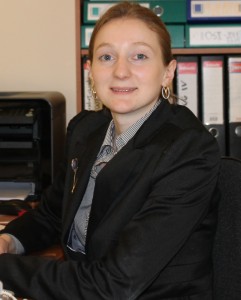 In order to assess the economic condition of a country, economists look at a various number of statistics. Besides the level of real Gross Domestic Product (GDP) that measures the country’s economic output, one statistic that attracts attention from the economists as well as the general public is the unemployment rate in the country. Unemployment imposes a number of costs for a nation, such as economic, physiological and social.

Since 1998 level of unemployment has been rising in Georgia, from 12.4% all the way up to 16.3% as of 2010. According to the research methodology of the National Statistics of Georgia, this 16.3% represents: “persons at the age of 15 or above, who was not employed (even for one hour) 7 days prior to the interview process, was looking for a job for the last 4 weeks time and was ready to start working within the next 2 weeks time” . If we consider these prerequisites, the unemployment rate is even more alarming. Furthermore, according to the survey conducted by National Democratic Institute (NDI), out of 16,161 questioned, 67% of the respondents consider themselves unemployed. Of course this number includes non-active labor force and persons not looking for a job. The study conducted by the NDI once again highlights the importance of employment for the Georgian society. According to the results observed in September 2011, 62% of the population believes that “jobs” is a number one national issue, while 74% believes it to be the number one local issue.

When talking about unemployment, another point that economists find worthy of attention is the education level of the unemployed workers. According to the UN Human Development Report (2010), Georgia is among the leaders with the unemployed workforce who has secondary or higher education levels. 81% of unemployed have secondary or higher education. This means that the educated workforce is idle and cannot contribute to the country’s economy. At the same time, according to the World Competitiveness Report (2011-2012) it is inadequately educated workforce that represents a major constraint to doing business in the country. It is generally acknowledged that changes in economic structure causes high levels of unemployment. To put it more clearly most of the countries in the transition economies suffer from the so-called “structural unemployment”. This type of unemployment is a long-term one, caused mainly by a mismatch between the skills of workers and the available jobs on the market. As the “Economist” puts it there is a great “mismatch” between the needs of the employees and the skills that the potential employers have to offer.

Another unemployment type that we believe is of interest in Georgian reality is cyclical unemployment, this type of unemployment is a short term one and occurs during economic recessions, when economic output falls and when business cycles are affected by low demand on the market. A possible way to determine the type of unemployment in the country is to look at the percentage changes in the amount of foreign direct investments (FDI) in major economic sectors, versus at the numbers of employees in those sectors over a period of time. Generally speaking, FDI accounts for the bulk of total investments in Georgia, as domestic savings are inadequate to meet local financing needs. Therefore, FDI is believed to be an important source of output growth and employment. The statistical analysis proved a mismatch between the growth of employment and FDI in relevant sectors; this might be explained by time lags, as well as the fact that not all the sectors possess ling term employment generation potential. Probably, the idea is that for sustainable increase in formal employment permanent and steady flows of FDI-s is necessary. In short FDI in Georgia does not influence employment at its highest potential. The reason might lie once again in structural unemployment; this also explains that even in 2007 when GDP growth level was as high as 12%, unemployment was still at a considerable level of 13.3%.

In Georgia among those who are listed as employed, majority of them are self-employed, this category is largely concentrated in agriculture, whereas the productivity levels in the sector are quite low; as in initial production entirely, as well as in food processing, agriculture comprises approximately 9% of the country’s GDP. No need to argue that a sector which employs about 50% of the total number of employed, should contribute more than 9% in the total GDP figure. To further strengthen the statement, unemployment rate in rural areas is 7.9% (2010), as compared to 27.2% for urban areas. Furthermore, out of total people employed in rural areas 80% are self-employed, i.e. employed in agricultural sector.

According to the statistics the only category with demonstrated growth is the category of self-employed, whereas the number of employed people who are “hired” has been declining. Self employed population is mostly concentrated in the regions for a clear reason: the agricultural land. According to the Statistics Office of Georgia self-employed is a person who: “owns an enterprise and generates profit in cash or in kind.” This comprises persons who are volunteering by working at a family-owned land. This brings us to the statistics arguing that the unemployment level is considerably lower in the regions, as compared to Tbilisi. Why? Because potential workforce cannot be assigned as self-employed in the agricultural sector. Therefore, unemployment rate in Tbilisi is a high 30.1%.

Another noteworthy point is the income of those employed. Not only is it important to calculate the number of people employed, but also those who have a salary that is below the average minimum. According to the UN Human Development Report 17.4% of the employed people live on less than 1.25 USD per day. In the developed countries this percentage equals zero, while in the post soviet countries, as well as other developing and least developed countries this is an issue of importance. Compared to some post soviet countries Georgian indicator is lower, although this does not solve the problem.

In short, lack of formal job opportunities represents serious constraints to economic development in Georgia. Emphasis should be made on both – sources of job creation, as well as minimizing the negative effects of unemployment on individuals as well on a society as a whole. Entrepreneurship is believed to be the driver of economic growth, as well as a good source of employment; therefore creating favorable environment for doing business is one of the most productive ways of fostering employment. World Competitiveness Report has highlighted major constraints to doing business in Georgia the top three barriers were: access to finance, inflation, and inadequately educated workforce. Therefore, the government of Georgia and other relevant authorities should try to combat these constraints for boosting entrepreneurship. Especially, further reforms are needed in the education system, such as modernization of the education standards, provision of universal primary and secondary education, improvement of higher education, assisting organizations in retraining their employees to better fit current market needs, etc.