Elite Corruption and Government Pressure on Business in Georgia

Elite Corruption and Government Pressure on Business in Georgia 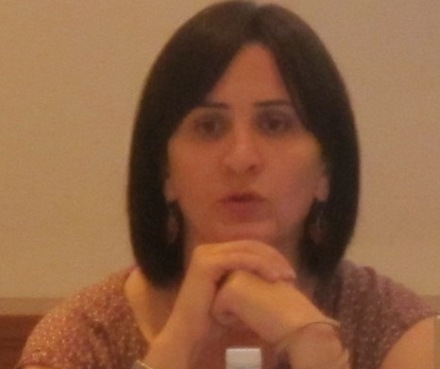 Elite corruption directly affects the economic development of a country. There are a number of studies, including publications by the World Bank, which prove the interdependence between the size of the unobserved economy and corruption in a country. Moreover, it is noteworthy that this interdependence is stronger with the presence of elite corruption. In countries where corruption is rife in the higher echelons, the size of the informal economy against GDP is larger. Elite corruption creates artificial barriers to the entry of business into market, business risks increase because government often makes unpredictable decisions.

Elite corruption is mainly manifested through embezzlement of public monies by public officials and abuse of official powers. Such instances of elite corruption give rise to state favoritism and internal deals with separate business representatives. At the same time, politically motivated pressure from tax regulatory bodies encourages the informal economy; also, the unobserved economy is larger in those countries where rule of law is not respected and property rights not protected.

Even though reforms have been implemented in Georgia during the period between 2003 and 2012, elite corruption still remains one of the main problems in the country. Opinions about Georgia’s business environment are not uniform among the international community and experts. On the one hand, they speak about a favorable business climate and attractive environment for foreign investments in Georgia. On the other hand, the absence of open and free competition is noted with monopolies existing in every large sector of the Georgian economy.

The reform of the judiciary was declared as a top priority by the government of Georgia. Nonetheless, the court system is perceived as the most problematic system in the country that clearly lacks independence. The level of trust of businesses towards the courts is also low. According to a regional report, published by the International Monetary Fund in 2012, the size of the informal economy in Georgia comprises almost 30 percent of the GDP, which is higher than a corresponding indicator in Uzbekistan, Belarus, Turkey, Lithuania, Kyrgyzstan, Romania, Bulgaria, Croatia and other developed or developing countries. This informal activity is bypassing tax obligations, which, in turn, delivers a blow to the public finances. The report notes that the main factors that determine a high indicator of informal economy are corruption, unfair tax regulations, unequal conditions for the conduct of business mainly manifested through monopolies and lack of free competition. In the case of Georgia, especially emphasized were regulatory pressure and quality of institutions. In terms of regulatory pressure, the report highlighted unequal conditions for businesses, monopolies expressed through their dominant position in the market, while when it came to institutions, what was highlighted was unsmooth operation and lack of transparency in the court system.

By looking at court statistics from a statistical and contextual viewpoint, it becomes clear that in the period between 2008 and 2012, the government, in order to exert pressure on business, applied such mechanisms as:

– Tax inspection (including the taxes belonging to the amnesty period); where the prospect of the Revenue Service to win a case, if appealed, is 81 out of 100;

– Imposition of lien on property and protraction of lifting the lien, regardless of the lack of legal ground for that;

– Unprecedented fast-tracking of court cases and other procedures, delay in providing court decisions and other, at first blush, narrower procedural issues, in order to disable a party of the possibility to react in a due legal manner;

– Imposition of a partner in a business by a prosecutor’s office and with the engagement of a concrete defense lawyer;

– Pre-trial detention during which plea agreements are made; the main result of plea bargain was forfeiture of business and property;

– Where a plea agreement is not achieved, new charges may emerge, including such charges as “espionage;” moreover, since espionage cases are classified, it is impossible to examine the legality of those charges on the part of the civil society;

– Unequal treatment of business representatives on the part of the revenue service, which is manifested in seizing accounts and discriminatory application of tax procedures towards various business subjects.

These and other similar deviations from the law make it clear that there are such characteristic features of elite corruption in Georgia, as:

– Tendency to abuse official powers; favoritism on the part of the state and internal deals between separate representatives of business.

– Lack of transparency of the court system impedes the inflow of foreign investments into the country and raises mistrust among international investors.

The roots of the above mentioned deficiencies must be sought in elite corruption. Main recommendations for downsizing the informal economy can be formulated as follows:

– To improve institutions regulating business by fair enforcement of regulations, de-politicization of business, in order to ensure equal opportunities and fair environment for business;

– To improve transparency of the state institutions;

– To implement reform and establish an independent court system;

– To protect the inviolability of property rights.