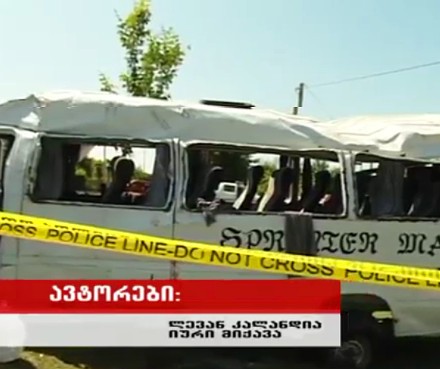 TBILISI, DFWatch–A minibus overturned in western Georgia on Saturday, injuring 11 people, three of whom are in a serious condition.

The minibus, a Ford Sprinter, was carrying tourists from Russia, Serbia and Poland when it ran into a utility pole, near the village Chkhoria, on the Zugdidi-Jvari highway.

The driver and a tour guide were among the injured. The minibus was on the way from Zugdidi to Mestia, the main town in the mountainous Svaneti region in the north of the country.

One of the tourists told local TV station Odishi that the driver wanted to overtake the car in front, but had to make a rapid slow down because another car approached from the opposite direction. The minibus turned over several times, and some people fell out.

An investigation has been launched for violation of traffic rules causing damage to the health of more than one person.