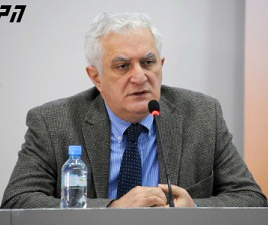 TBILISI, DFWatch–Georgia’s eighth swine flu victim was a young man who had an accompanying disease.

Amiran Gamkrelidze, director of the National Center of the Disease Control (NCDC), said the man died because he received treatment too late.

Wednesday, the Ministry of Education said that the absentee numbers in schools is on the way down, but there are some schools where the absence rate is above 20 percent, in which case they will close as a precautionary measure.

Five schools, all in Tbilisi, are closed for the third day because more than the 20 percent limit are absent due to flu.

According to the disease control center, the infection rate of swine flu in Georgia is now 357 cases per 100,000 persons. 245 patients are receiving treatment at hospital.

In Armenia, 18 swine flu related deaths have been reported. 32 have died in Ukraine and 126 in Russia.

Gamkrelidze called on everyone, especially young people and pregnant women, to promptly contact their family doctor if they notice flu symptoms.