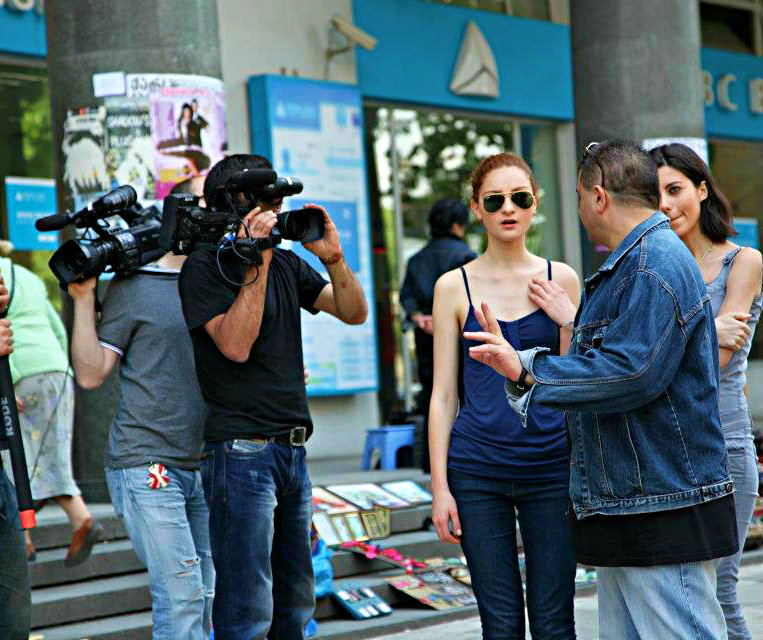 The crew of Top Gogo during an earlier film shoot. (Facebook.)

TBILISI, DFWatch–Egypt has apologized for detaining a group of Georgians during a swimwear photo session.

But later it turned out that the Georgians were having a photo session on the island and that the crew were representatives of the Georgian reality show Top Gogo (Top Girl) which is about the lives of models, Archil Dzuliashvili, Georgian Ambassador to Egypt, Syria and Tunisia, told Georgian media.

The ambassador said that the crew were detained on Saturday and the embassy was informed the same day.

“The incident is over now. Police of Hurghada officially apologized, while the crew continues working in Hurghada,” he said.