Dropping a cigarette butt in Tbilisi now costs you USD 33

Dropping a cigarette butt in Tbilisi now costs you USD 33 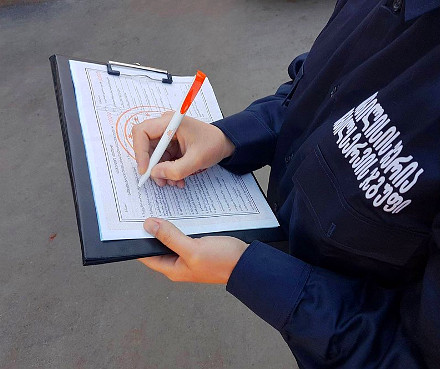 TBILISI, DFWatch–Littering in the Georgian capital may now cost you a fine of 80 laris (USD 33). This includes dropping cigarette butts.

14 people were fined as the new regulation began being enforced on Thursday. 13 of them were fined for dropping cigarette butts in the streets. Three foreigners were among those unlucky enough to get caught.

The new fines come as a result of a long awaited move by City Hall to pay more attention keeping the capital clean and tidy.

Starting from April 3, Tbilisi began enforcing new stricter regulations for street littering, but did not begin issuing fines until Thursday in order to give residents and visitors enough time to adapt to the new rules.

Rubbish on the streets has always been a concern in Georgia’s capital, and the regulations have been weak and not even been enforced in practice.

Although compared to many other cities of its size, the new regulations do not seem to be very strict, but Tbilisians believe that if they are enforced properly, the new rules may bring real improvements.

The fines for street littering is 80 laris (USD 33) for up to 2 kilos of rubbish, while throwing waste from a building costs the offender 100 laris (USD 42). Littering with over 2 kilos entails a fine of 150 and 500 laris for throwing it in the street and from a building, respectively.

There also incurs a fine for leaving a dog’s or other pet’s waste, if it is not cleaned up within reasonable time, there entails a 50 laris (USD 21) fine.

The fines are enforced by special inspectors who patrol the streets in pairs, and are equipped with cameras and other gadgets to document the administrative offences.