Domestic violence is the leading cause of injury to women

Domestic violence is the leading cause of injury to women 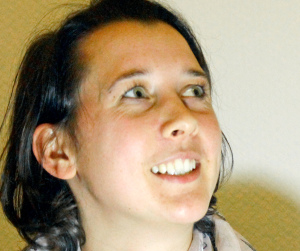 Two weeks ago the weekend news was dominated by cases of acts of violence against women. Especially the murder at Ilia State University on October 17 and the subsequent media reports of other cases of domestic violence over the course of two days spurred the debate.

Prime Minister Gharibasvili announced that the government developed “a view on facts of domestic violence” which he will present in the coming days, while UNM seized the opportunity to criticize the government for rising crime rates.

There have been 22 reports of severe domestic violence this year, but women are killed by their partners or male relatives every year. Domestic violence is the first cause of injury to women worldwide and no less than one in four women is affected by it at some point during her lifetime.

Unfortunately, there are no clear statistics which tell us that women are mostly murdered by their (former) husband, partner or father. This is mainly due to the fact that domestic violence and femicide are being classified as criminal acts without a gender perspective.

Georgia has been collecting gender-sensitive statistics since the implementation of the Law on Elimination of Violence against Women (2006), but these statistics are not unified since three different institutions are responsible for them. The National Statistics Office, the Ministry of Internal Affairs and the Public Defender’s Office all three are in charge of providing these data.

Only because of recent media reports the scale and severity of acts of violence against women in the country has become clearly visible.

Available and unified data and statistics on domestic violence, and femicide in particular, can become an excellent awareness raising tool to make men’s violence visible. It is also important to use the term ‘femicide’ as this makes the gendered nature of the violence explicit and sets the context for the crime.

A 2010 study in Georgia showed that one in 11 women has experienced physical violence,  but 78 percent of women still think domestic violence is a private issue and should not be discussed outside of the home. Moreover, almost 30 percent would never ask for help out of shame or fear.

Even though it is a promising sign that more women are overcoming their fear to address law enforcement agencies whenever they feel threatened or are being assaulted, it is vital that these reports and complaints are properly followed up by the authorities. The English teacher Maka Tsivtsivadze went to the police several times to file complaints of harassment against her murderer.

Lithuania only introduced the Law on Protection Against Domestic Violence in May of 2011, nevertheless, four months after the law came into effect the authorities had received over 10 000 reports of domestic violence and started about 3 300 investigations.

Reporting acts of domestic violence and a thorough follow-up is all the more important since domestic violence is a pattern of abusive behavior that happens over and over, and escalates in severity over time. When certain crimes are less likely to be reported than other crimes, offenders may be more likely to recidivate.

Mandatory arrest laws for domestic violence might increase the ratings of reporting, but on the other hand, might also discourage some victims to report out of fear that a relative will be arrested.

Role of the media

Researchers have concluded that the portrayal of women in mass media reflects the overall treatment of women. Studies have shown that media reports on femicide tend to blame the victims. Since the media plays a significant role in today’s society, such reports present a barrier to social change.

The initial coverage Friday night on the murder at Ilia State immediately went into the murderer’s background: convicted for drug crimes, violent etc.

The portrayal of perpetrators as out of control, drunk, drugged or otherwise not responsible for his crimes denies the actions of the perpetrator. Other examples are the use of the passive voice, “she was beaten” instead of “he beat her”. Even suggestions of culpability on the victim’s part are not uncommon.

Blaming the victim legitimizes the man’s violence against women and reinforces the patriarchal view that male domination over women is accepted and to be expected.

Often domestic violence reporting shows us two victims. The media talk about the couple’s fights or arguments, or they portray the man as a victim of a fatal attraction. Framing the domestic murder within a family tragedy is a clear example of the two-victim story. By relating his decision to kill himself, his violent action is overshadowed.

In cases where the murderer does not subsequently kill himself, the press often excuses male violence on the grounds of infidelity and insubordination. Such sympathy for the abuser can reflect the minimization of domestic violence in society more generally.

Another lapse in media reporting is that we rarely receive information about the prosecution of domestic violence perpetrators, which implies a culture of impunity for the acts they committed.

So far, no long-term specific strategy to combat violence against women in Georgia has been developed. The Public Defender has called upon the government multiple times to take a step in this direction, but only now the prime minister instructed several agencies to come up with a concrete action plan.

The gruesome acts of lately again showed that a result-oriented and comprehensive state policy to eradicate violence against women is long overdue.