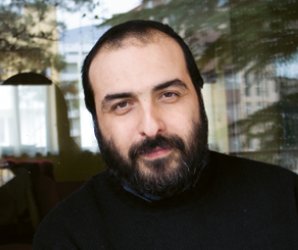 But there is another view as well. From this position, we can review Saakashvili’s former regime as a typical oligarch system, where the government, one party (the National Movement) and business represented a monolithic entity. Accordingly, the National Movement didn’t use to be a party by western standards, but was part of an oligarchic system, and today is a remainder of this system.

It is interesting that seen from the same viewpoint, neither is Georgian Dream a party. It is a core of a new democratic system, from which there will be born ordinary parties of Western type. So the vertical system is replaced by a horizontal system.

Evaluating the current processes in Georgia mainly depends on which views we will choose from those two. If we choose the first one, all that has happened during the last years and now, will become a democratic process, when democrat Saakashvili painlessly transferred power to the new government. Clearly there were certain missteps, but this is entirely natural for a young post-Soviet democracy. The major thing is that democracy took an even further step forward in Georgia.

In case if we choose another point of view, everything will be different. Specifically, we will find out that older regime couldn’t have imagined that in nearest future they would have to leave and when they saw real threat in form of Bidzina Ivanishvili, they took following steps: set up State Audit Office (former Chamber of Control), which three months before election completely blocked financing sources for Georgian Dream, arrested whole number of activists of the coalition, threatened large part of population, systematically published fraud sociological surveys, etc. Finally, violence used in Khashuri district after election, when Interior Ministry’s special services took ballot boxes – all these together with all about mention events – cannot fit into optimistic image of painlessly transferring powers.

Is it possible to have the third position – more balanced and compromised – a view, when Saakashvili will be a democrat, but regime that he create – partly authoritarian?

Of course it is possible, as such evaluations already exists. There are appropriate articles. Their authors are Georgian and foreign political analysts. Even more, political discourse is a mechanism of neutralization and chemical mixture of above mentioned radically different views. According to this discourse, there is a majority and an opposition in the current parliament, which despite difficulties, should study cooperation, including political discourse, whose central word-shibboleth is the following: “dialogue” .