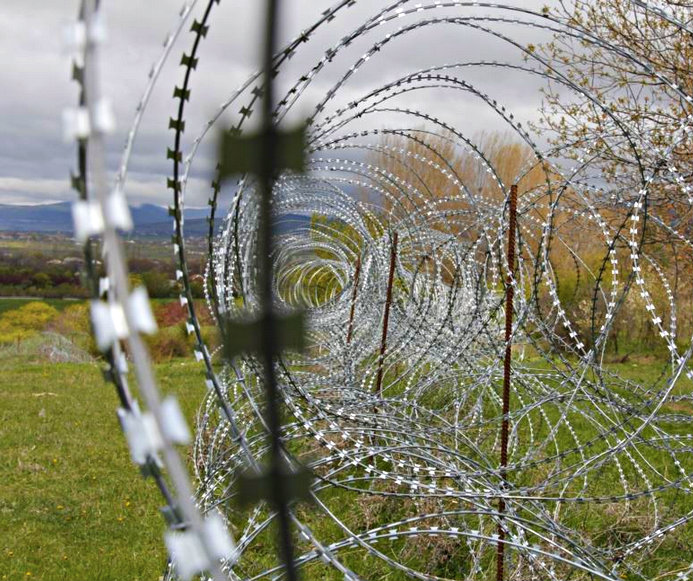 Razor wire like this is being put up through villages on the de facto border. (Radio Liberty.)

The diplomats did not make comments for the media, but according to the Georgian Ministry of Internal Affairs, they said the situation is much worse than what they had been informed.

Earlier on Friday, Kakhaber Kemoklidze from the MIA’s Department for Analysis said that the trip was organized in order for the diplomats to get introduced to the situation on the ground.