Crisis in South Ossetia as candidate withdraws from compromise

Crisis in South Ossetia as candidate withdraws from compromise 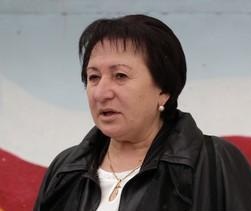 The South Ossetian opposition leader Alla Dzhioyeva has run out of patience and Saturday launches a new wave of demonstrations. If acting president Vadim Brovtsev does not fire two officials by Monday Dzhioyeva threatens to claim the presidency.

TBILISI, DFWatch – The winner in South Ossetia’s cancelled election says she will not participate in the rescheduled election March 25.

Instead, Alla Dzhioyeva told a crowd in Tskhinvali Saturday, she’s going to claim the presidency and hold her own inauguration. The exact date for the ceremony will be decided after January 23.

“If we don’t receive an answer from acting president Vadim Brovtsev of South Ossetia, I will gather you once more and appoint the date of the official inauguration,” Dzhioyeva told the crowd.

November 27 there weas a run-off in the so-called presidential elections with Alla Dzhioyeva pitted against Anatoly Bibilov. Dzhioyeva is considered opposition and Bibilov claimed to be the Kremlin favorite. During the final stages of vote counting it became clear that Dzhioyeva was going to win, however the Supreme Court of South Ossetia annulled the results of the elections, and declared it invalid. A new election was scheduled for March 25.

This caused Dzhioyeva supporters to launch a permanent rally which lasted for ten days, until an agreement was achieved which involved that president Eduard Kokoity, whose term has ended, stepped down earlier than planned, as well as the dismissal of three other officials. Also part of the deal was that Dzhioyeva would be allowed to run in March. After some hesitation, Dzhioyeva agreed and called off the protests.

But later it turned out that the agreement wasn’t fully met by the authorities, after the elected assembly refused to dismiss the Prosecutor General and the Chief Justice of South Ossetia.

The two stepping down was on the list of remands at Saturday’s rally. On January 17 Dzhioyeva appealed to the acting president in a letter, saying she withdrew her signature to the agreement with Kokoity.

Around 200 people are gathered on today’s rally, Russian media reports. They still demand to reconsider the decision made by the region’s Supreme Court to annul the election results.

Dzhioyeva promises to fight to the end until the real results of the elections will be recognized.