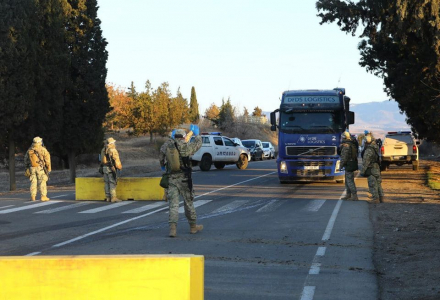 The decree issued by the government on March 23 bans all social gatherings which involve ten people or more, including funerals, weddings, birthday parties, rallies, etc.

The decree has been adopted in the frames of the state of emergency imposed earlier, on March 20.

The ban doesn’t apply to specially defined places such as medical and military facilities, as well as the police and few other cases.

Moreover, from early morning of Tuesday all passenger traffic is also prohibited. The rule applies mostly to railroad and buses, as minibuses, or “marshutkas”, were banned on March 17.

Marneuli and Bolnisi, two major municipalities south-east from Tbilisi, remain in two-week quarantine enforced Sunday after a 62 y/o woman tested positive. The latter had had direct contacts with dozens of people at various public gatherings in Marneuli prior of falling ill few days ago. Her condition remains critical, medics say.