Court rules that Okruashvili must remain in prison

Court rules that Okruashvili must remain in prison 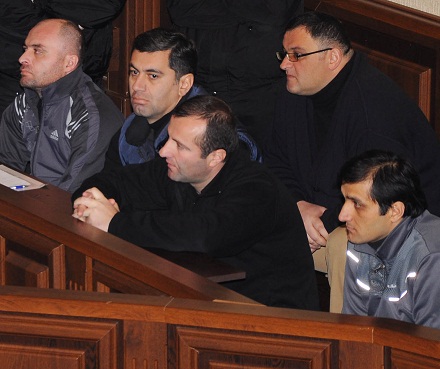 Irakli Okruashvili is on trial for negligence in connection with defense appropriations. In a parallel case, he fights to lift an eleven year sentence from 2008. (Interpressnews.)

The first set of charges pertain to negligence of duty while he as defense minister had responsibility for a large purchase of defective ammunition.

Okruashvili’s lawyers demand that he is released, but the judge explained that there is no new evidence in the case and witnesses need to be questioned. There is a danger that if the defendant is let loose, witnesses may be threatened.

But the court granted a request to question the witnesses Giorgi Lolua and Giorgi Khosruashvili, who worked at Defense Ministry in 2005-2006, the period which Okruashivli’s charges relate to.

The former defense minister came back after the Georgian Dream coalition formed a new government, after living in France for over five years as a refugee with political asylum there.

The next hearing in the charges of negligence will be on December 26, when witnesses will be questioned.

In parallel, the court is also hearing a set of old charges for which he was convicted — in absentia — to eleven years in jail in 2008. This concerns abuse of powers and extortion. The next hearing about these charges is December 19.