Court hearing into 2005 death of Georgian PM focuses on autopsy

Court hearing into 2005 death of Georgian PM focuses on autopsy 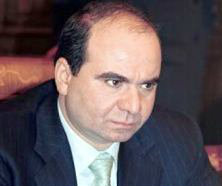 TBILISI, DFWatch–The trial into the circumstances surrounding the death of Georgian Prime Minister Zurab Zhvania in 2005 continued in Tbilisi on Monday.

The investigation into Zhvania’s death was reopened after the change of government in 2012. During today’s hearing the court focused its attention on the autopsy on the late PM’s body, and the forensic expert Levan Chachua, who performed it.

Zhvania’s body and the body of a friend were found in the friend’s apartment in Tbilisi on February 3, 2005. Soon after, the government declared that the two had died from gas poisoning due to a faulty gas heater. 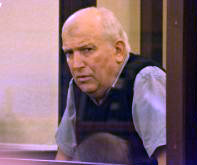 Forensic expert Levan Chachua, who performed the autopsy, is now on trial for negligence. (Interpressnews.)

But many Georgians give little credence to this version, and instead believe that Zhvania was murdered.

When the newly elected Georgian Dream government reopened the investigation in 2012, the Prosecutor’s Office said it didn’t rule out that there would be performed a new autopsy on Zhvania’s body.

Lawyer Zurab Tabidze, who represents Chachua, said that there is no information about the autopsy on Zhvania and his friend. If the bodies are exhumed once more and it is confirmed that both had injuries at the time of death, a new investigation should be launched into falsification of the autopsy, failure to conduct autopsy and deliberate murder.

“But what they do is, they complain to the expert that he didn’t mention suspicious areas of the body in the report, but in fact the Levan Chachua’s report is complete,” the lawyer said.

Chachua is charged with negligence on the job. New questions were raised when a few months ago, a video was published in social media showing the bodies of Zhvania and his friend Usupov, which seemed to show that they had injuries at the time of death.

Dzadzamia’s lawyer said on Monday that the injuries which are shown in this video are the result of “photoshopping” and that Zhvania and Usupov didn’t have any injuries when they died.

Monday, there should also have been hearings in the trials of Mikheil Dzadzamia, former head of shift of Zhvania’s guard, and Koba Kharshiladze, former head of Zhvania’s guard – both detained in relation to the PM’s death – but their hearing was postponed until September 30 on request of the prosecutor, Malkhaz Kapanadze, who said that he needs more time to get familiar with the details of the case.

This caused detainee Kharshiladze to claim that the Prosecutor’s Office is attempting to delay the trial because they don’t have enough evidence.

His lawyer said that the court cannot allow review of the report made by the FBI which he thinks is because the Prosecutor’s Office is trying to hide it. But everybody know that the report exists and it should be allowed to review it during the trial. The lawyer believes Zhvania’s death was an accident and that no crime took place.