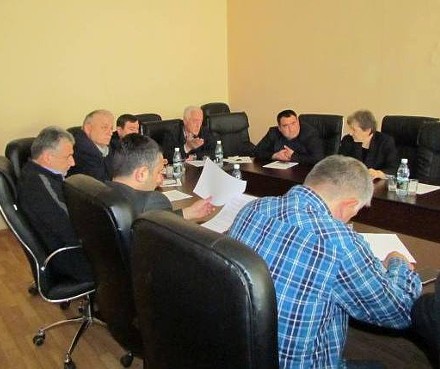 After a meeting of the Keda Council on August 26, a member of the National Movement told council head Amiran Tsinsadze that he had some questions and only men could stay in the hall. As a result, the women left the hall.

The men never specified what they were discussing behind closed doors. Tsintsadze said it was a ‘personal meeting’ and they had to discuss it without women being present.

Nargiz Diasamidze, an independent representative and one of the two women council members, said she doesn’t think what happened had anything to do with the problem of women on gender equality.

But Nika Dumbadze, who represents Georgia’s Young Lawyers Association (GYLA) in Batumi, thinks that what happened has to be considered discrimination as the council member made the controversial statement on duty, even though the meeting was over.

The city council is a political forum for political debates and every council member has a right to participate equally, the public defender’s statement reads.

“It is unacceptable that a male representative perceived a political forum as a personal space where they would be able to force women to leave the political debates. No reason can justify forcing women out of the hall,” it reads.

In his report to parliament in 2015, the ombudsman wrote that protecting the rights of women and achieving gender equality remains a challenge in Georgia. Women do not equally participate in decision-making at every level. Men mostly hold the top positions at the ministries, even though majority of employees there are women.

Even though there are more women in parliament today, compared to 1991, they still make up only 11 percent of the assembly. There are 18 female members of parliament today. Among 15 parliamentary committees, only one has a female head. Two of the 19 cabinet ministers are women.