Cornered, beaten, thrown into the river: POG reveals its version of the footballer death

Cornered, beaten, thrown into the river: POG reveals its version of the footballer death 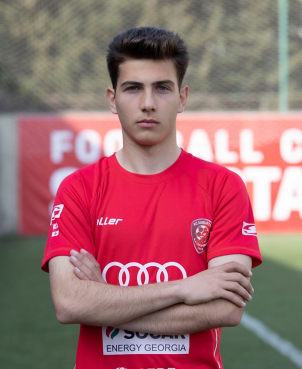 The Prosecutor’s Office of Georgia claims it has untangled a mystery behind a high profile case of tragic death of a young Tbilisi football player.

Five young men, including two underage adolescents and a rugby player, were direct culprits of the intentional homicide, the POG representative said at the briefing on Tuesday.

The five now face up to 17 years prison term for “an intentional murder committed by a group of people”.

According to the POG, the incident started on June 18 at about 11 pm at the BD party with a brawl between two groups of young men near Mtskheta, 30 km from Tbilisi center.

One of the groups prevailed in the conflict severely beating members of another group. The latter out of vengeance, the POG claims, appealed for the support of their friends who rushed to the scene to pursue members of the former group who had already left the party.

Giorgi Shakarashvili, a 19 y/o football player at FC Saburtalo, who was a friend of the former group but presumably hadn’t been involved in the brawl, along with two other youngsters, were attacked by “avengers” on the central highway in the vicinity of a bridge over the River Aragvi at about 1 am. He tried to flee but was cornered and severely beaten at the river bank.

“The attackers took advantage of this situation and inflicted injuries on Giorgi Shakarashvili in the area of ​​his head, both eyeballs, upper and lower lips, around the right elbow joint and right forearm, as well as in the abdomen, groin, waist and both buttocks. Severely beaten Giorgi Shakarashvili was thrown into the river Aragvi by the attackers, as a result of which the latter died,” the POG representative stated.

Georgia requested assistance “from the competent authorities” of the United States and the State of Israel, he said.

Shakarashvili’s body was discovered four days after his death. The tragedy has received wide coverage by media and is being regarded as one of the highest profile cases of last years, along with a case of double murder of teens in Tbilisi center in 2018.

The opposition and some media outlets have even blamed authorities of covering culprits.