Controversial appointment of judge to the Appeals Court

Controversial appointment of judge to the Appeals Court 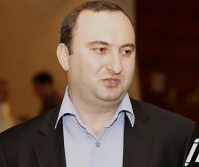 TBILISI, DFWatch–Georgia’s High Council of Justice on Friday appointed a new judge to the Appeals Court who was criticized as one of the court officials who decided to go easy on of those involved in the murder of a bank employee in 2006.

The murder of Sandro Girgvliani is considered one of the greatest injustices in recent Georgian history, and was called a ‘black stain’ on the history of the country by former President Mikheil Saakashvili.

Critics claim that judge Levan Murusidze was partly responsible for going easy on the police officers involved in the murder.

Murusidze was a member of the Criminal Chamber of the Supreme Court in 2007, which made a decision to reduce the sentence of the four people charged with murdering Girgvliani. Murusidze claimed he didn’t have the opportunity to make a different decision.

Ana Natsvlishvili, chairman of the Young Georgian Lawyers’ Association, told journalists after the vote that out of 14 members of High Council of Justice, one didn’t show up. One other member, who was named by the president of the council, didn’t vote. Murusidze himself didn’t participate in the voting, while Nino Gvenetadze, the head of the Supreme Court, didn’t vote for Murusidze. He therefore received 10 positive votes out of 11.

“We have ten Levan Murusidzes at the Justice Council and all of them share responsibility for the unlawful decision about the Girgvliani case, which Murusidze made, and will make in the future,” Natsvlishvili remarked.

Meanwhile, Irakli Kakabadze of Equality Front and Bezhan Gunava of the Free Georgia Party were detained by police during a protest outside the proceedings.

Eka Beselia, who heads the human rights committee in parliament, also criticized the decision. She said no-one interfered in the voting process and the council made an independent decision.