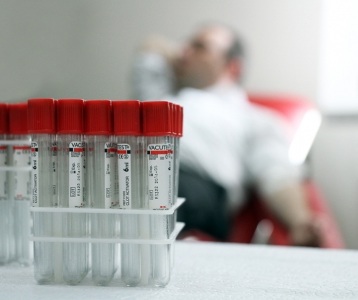 The court agreed with a complaint from five Georgian citizens and recognized several articles of an order issued by the labor, health and social affairs minister that prohibited homosexual men from donating blood, as unconstitutional.

Health Minister Avtandil Jorbenadze signed the order on December 5, 2000, and since then homosexual men have not been allowed to donate blood.

Identoba, an organization that works on LGBT rights, argues that sexual orientation does not always indicate that person has risky sexual behavior, while heterosexuals, who are allowed to donate blood, may have a high risk sex life.

According to data provided by Georgian AIDS and Clinical Immunology Research Center, as per January 22, 2014, out of 4153 infected, 3047 are men. The figures further show that 5.2 percent of HIV positive were infected through homosexual contact, and 40.3 percent through heterosexual contact.

The Ministry of Labor, Health and Social affairs claims it held a meeting with blood banks, international agencies and non-governmental organizations and agreed that homosexuality is a discriminating term and has to be changed. On October 8, 2013, the minister issued two orders where the word homosexual was replaced by MSM, (men, who have sexual contact with men). MSM is one out of three main risk groups among sex workers and drug users, according to the World Health Organization (WHO).

Identoba explains that MSM is a broad group and also includes homosexual men, who are still prohibited from donating blood.

Irakli Vacharadze, Executive Director of Identoba and one out of five plaintiff, said: “The ministry’s regulations restricts people on the ground of their sexual orientation and violates articles 14 and 16 of the constitution.”

Regarding article 14, about the right to equality, and article 16, a person’s right to free development, the Constitutional Court declared the disputed norms unconstitutional.

The court also drew attention to the fact that technological progress makes it possible to determine whether a person has AIDS a certain time after getting infected. According to that, the court included, denying the donating of blood during a person’s entire life is a disproportionate limitation of homosexuals’ rights.