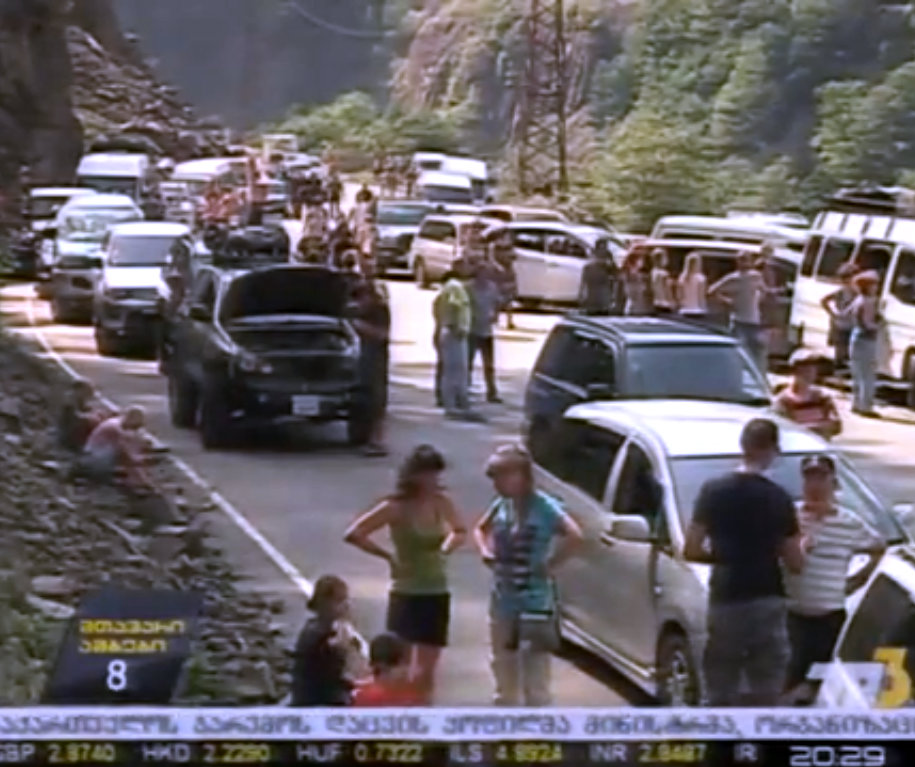 Locals in Khaishi blocked the road Friday in protest against fines imposed on people who cut trees for firewood. (TV3.)

TBILISI, DFWatch–Locals demonstrated Friday in a Georgian village because of strict rules about the cutting of trees for fire wood.

People in Khaishi, in the northern part of Georgia, blocked the Zugdidi-Mestia highway because of sanctions introduced by the Environment Ministry against people illegally cutting trees for fire wood.

According to villagers, Thursday night, police carried out a search of their houses and instantly fined about 20 families for illegally cutting trees.

But locals protested and demanded to reduce the fines or offer them an alternative source of income.

Villagers got into a physical clash with police on Thursday night during the search.

The Environment Ministry has not yet commented on the issue, but the head of the Mestia local municipality Kapiton Zhorzholiani and MP Viktor Japaridze came to the protest and promised to mediate with the government about reducing fines.

After meeting with them, the protesters dissolved, but warned about massive rallies in case police conducts further searches in their houses.

“They at least must offer work to those who have income from the woods,” one of the protesters told TV3, “and not just instantly launch radical prohibition of cutting down trees.”