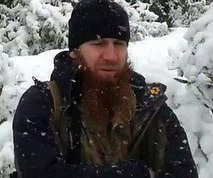 TBILISI, DFWatch–Several media reported Tuesday that Georgian-born militant Omar al-Shishani, one of the Islamic State’s top commanders, has been killed by U.S. forces.

CNN, Reuters and other media reported that Shishani, whose birth name is Tarkhan Batirashvili, may have been killed during a special operation in the Syrian town al-Shaddadi on Friday.

“The U.S. military and intelligence community is assessing whether a targeted U.S. airstrike killed a top ISIS leader, known as Omar the Chechen,” CNN quoted a U.S. official saying.

The information has not yet been confirmed.

Shishani is ranked among the most wanted militants as is the subject of a reward of up to USD 5 million for information leading to his apprehension.

The alleged death or capture of Shishani was reported three times in 2015 and at least five times in 2014, but it was never confirmed.