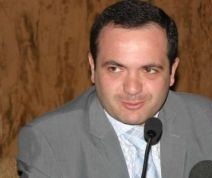 TBILISI, DFWatch – The poverty rate in Georgia has been reduced, but child poverty is still very high.

According to a survey conducted by UNICEF, far too many children are still living in poverty, however the rate of poverty has been reduced by 2 percent from 2009 till 2011.

The survey is called Reducing Child Poverty in Georgia and says that recent reforms has led the country towards rapid economic growth, but the profits of the growth are not evenly distributed.

“Before this year’s parliamentary elections and next year’s presidential election I urge everyone, politicians, civil society and media to set children’s issues on the agenda. It’s time to increase the investment in children and make particular emphasis on the child’s poverty reduction” said Roland Monash, UNICEF’s representative in Georgia.

Zurab Tchiaberashvili, Minister of Health, Labor and Social Affairs, said that the survey was done before the government prepared its new action plan to give 1 000 lari vouchers to every family. In the minister’s opinion, the initiative will make an impact on the rate of poverty.

There is no special social assistance for children in Georgia. Pension and targeted social assistance are the only tools that are used to overcome the risk of poverty. Whether a child will benefit from the assistance or not depends on whether he or she is living with a pensioner or not.

The minister said that the government understands that a family with a minor and a pensioner needs special attention and more assistance.

The amount of pension to each person increased from 80 to 100 lari in September 2011. After the planned pension increase in September 2012 it will be possible to decrease child poverty from 9.4 to 7.7 percent.

According to this research, there is a high risk that a child that is born in poverty, has no food, books and is forced to work at an early age, will spend its whole life in poverty.

To avoid this, UNICEF developed several action plans: to increase the social allowance with 50 or 100 percent; to give general privileges: 15, 20 and 30 lari to every child.

Zurab Tchiaberashvili thanked the authors of this study for the recommendations and promised to take their findings into considation.