Chechen refugees trying to find their place in Georgian society

Chechen refugees trying to find their place in Georgian society 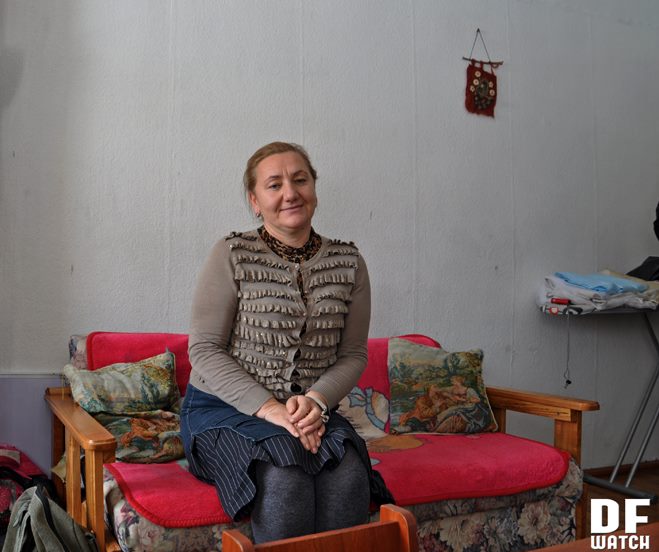 TBILISI, DFWatch–For the last 14 years, Kariata Tsimirbulatova has lived with her husband and four children in Duisi, a village in a valley in the northeastern part of Georgia near the border to Chechnya called Pankisi Gorge.

The members of her family have recently received Georgian citizenship, and although they thereby lost some benefits granted to refugees, they have no regrets, but are rather grateful. “This country helped us so much,” Kariata says. “It provided us with what we needed.”

The family moved from Grozny in 1999, after the breakout of the second Chechen war, fearing the infamous carpet bombing by the Russian air force and other dangers of warfare as unoficially twelve thousand refugees from Chechnya that flooded Pankisi with about seven thousand Kists, who share language and religion, Islam, with Chechens.

Kariata and her husband Musa Dadaev, a former engineer from Grozny, and their four children, together with ten other families, now live in the old hospital building in Duisi, the largest village in Pankisi Gorge.

There is no natural gas here in the village and people rely on electricity and mostly wood for heating. There is a water tap in Kariata’s flat, but it has too low pressure, she says. 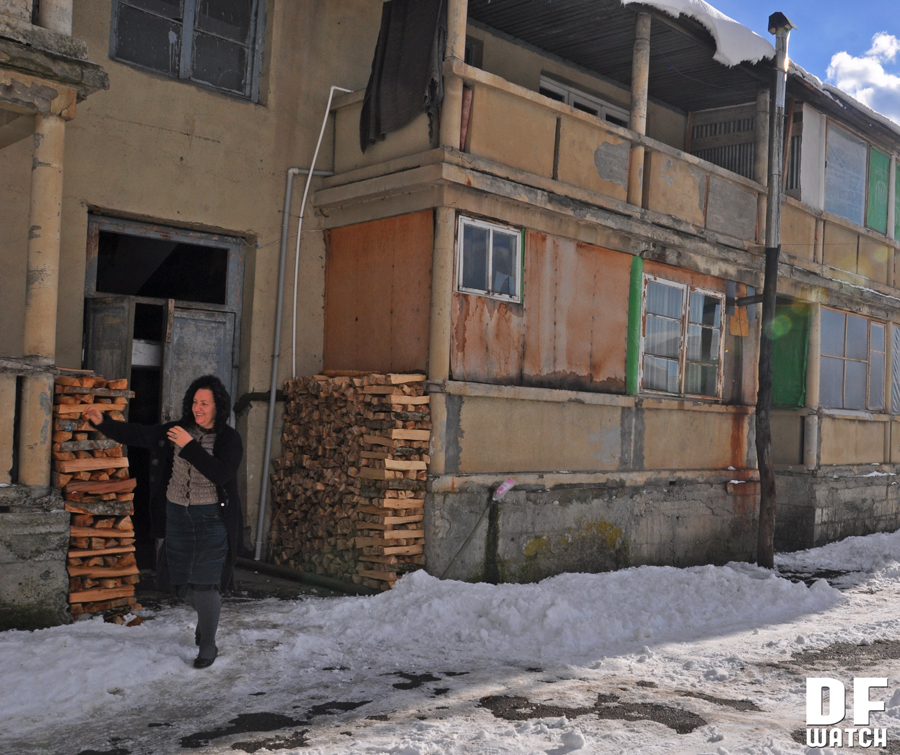 An old hospital building in Duisi, where the refugee families are living (DF Watch)

Kariata tells us that most of the men who are refugees do not work. The family used to receive a refugee allowance of 28 lari (USD 16), but in January 2013, she, her husband and three children became Georgian citizens and stopped receiving refuge allowance. One daughter who was born in Tbilisi could not get citizenship due to problems with certain documents.

Kariata says she hopes to be able to apply for citizenship again in six months, as they were told by the Ministry of Justice, and finally overcome this problem.

Some Chechen refugees opt for Georgian citizenship, but others choose to retain their existing status as refugees which grants them a choice between returning to Chechnya or emigrate to Europe or the Americas, where they will easily receive political asylum.

When the war started in 1999, by official information more than six thousand refugees came to Georgia, according to official information, and many of them were relatives of the Kists living in Pankisi Gorge. The situation was tense as Russia accused Georgia of harboring Chechen insurgents. That tension led to several Russian airstrikes in Pankisi and elsewhere in Eastern Georgia.

That time, Pankisi really became a quite dangerous place, where kidnappings, drug dealing and robberies were rife.

That ceased only in 2005, when the Georgian government restored its authority in the valley. 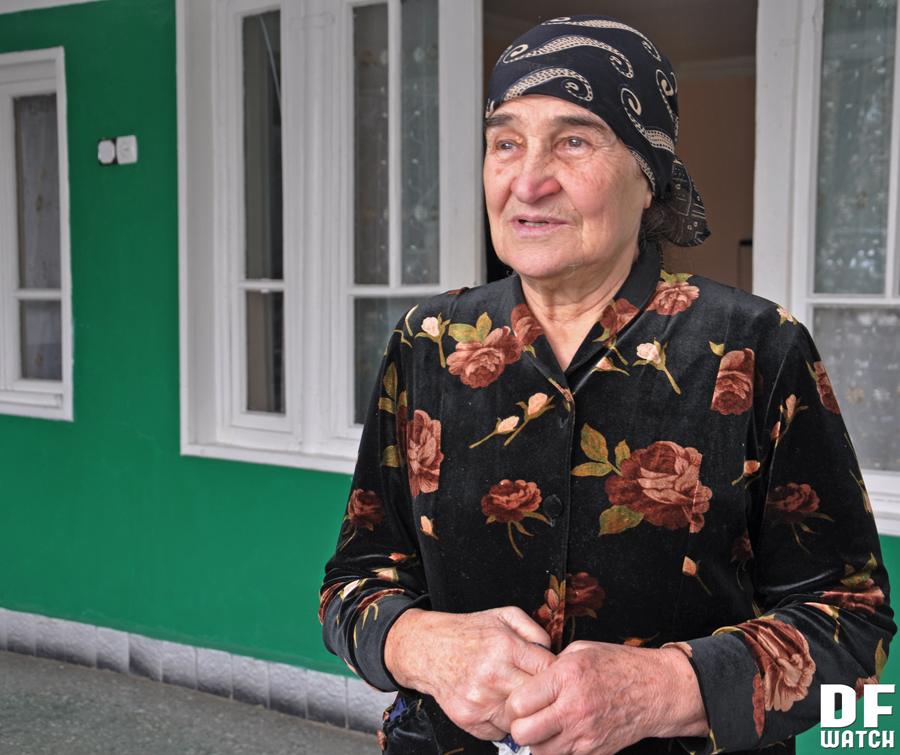 Makvala Margoshvili, 76, from Duisi says that during the war about 12 000 Chechens came to Georgia.

“Unofficially, about 2 500 combatants sheltered in Pankisi,” she tells us. “Each of the families here had Chechen refugees at their homes.”

Today, tourists come to Duisi and usually stay at the house of Makvala, who has her own tourism business. (http://pankisi.com.ge)

There is peace in the Pankisi villages now. When we visited Duisi, the snow covered everything in white. Children were skiing and skating on the ice in the streets. In almost every house there is firewood in the yard and smoke rising up from the heaters. Elderly people are sitting on the benches chatting.

The majority of the refugees have either returned to Chechnya or moved to European countries.

According to Irakli Kokaia, head of the department of refugee and repatriation at the Refuge Ministry, about 300 people from the Republic of Chechnya have status as refugees in Georgia. More than 600 have received Georgian citizenship and have had their status as refugees revoked.

Refugee families nowadays live in Tbilisi, Akhmeta and a few other villages in Georgia.

Georgia provided special status for Chechen refugees that granted them a basic allowance 28 lari (USD 16) and some social benefits such as basic health insurance. 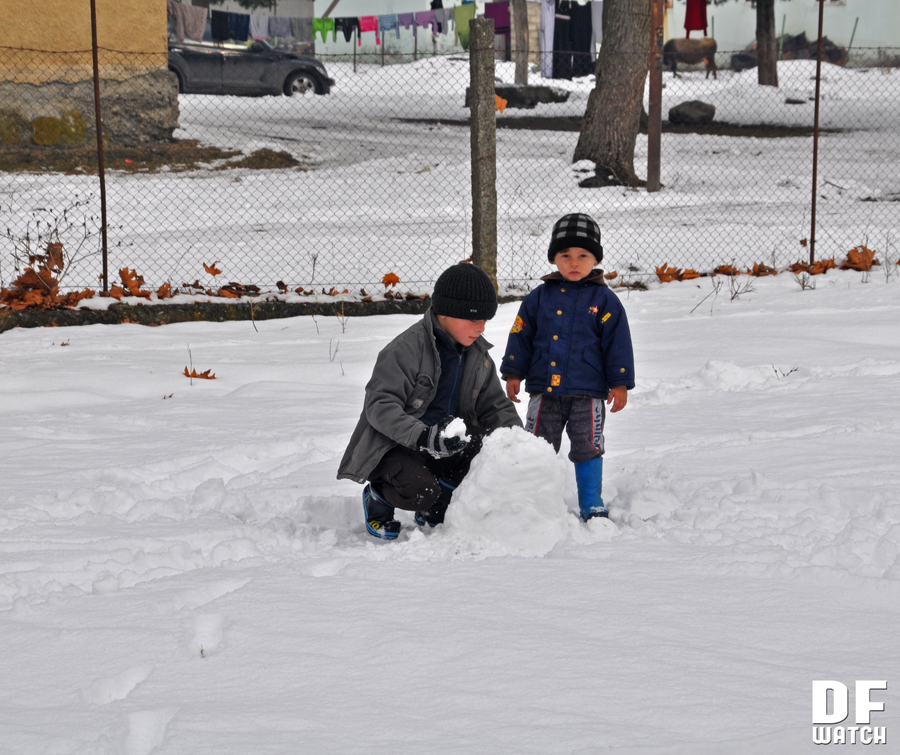 Children playing in the yard in village Duisi (DF Watch)

After getting Georgian citizenship Kariata and her family no longer are eligible for refugee allowance. Some of those Chechen refugees who were granted Georgian citizenship get a monthly social allowance in addition to the refugee allowance. It amounts to 60 lari (USD 34) for each family. However this allowance along with some social benefits is designated for the extremely poor, therefore Kariata’s family does not receive social allowance because both she and her husband are working.

She has been working from the very first day the family settled in Duisi, mostly for different non-governmental organizations. Now she works at Kakheti Regional Development Foundation.

Her husband Musa Dadaev has a small business refurbishing furniture, but business is very slowl, he said. Musa is an engineer and used to have a furniture factory in Grozny which was destroyed in the war. Their house is still there, but no one lives in. Musa told us he has been to Tbilisi several times to find a job within his field of specialization, but couldn’t find anything and returned to Duisi, where he from time to time refurbishes furniture for co-villagers.

Refugees in Duisi are in frequent contact with their relatives, who come to Pankisi through the Larsi pass. They also call each other by phone or Skype. But Musa and Kariata, as well as their children, cannot travel to Chechnya.

For many years they have been without proper documents, and now, though having Georgian passports, they still cannot cross the Russian border, because of the strict visa regime imposed by Russia in 2006, in the wake of arrest of several Russian officers in Georgia who were accused of being spies.

“We didn’t have any documents before and couldn’t go there. Now we have passports, but Georgian [ones], so we can’t go. They come very often,” Kariata says. “They come in the morning from Grozny and are here in the evening – very simple.”

Schools decided to gather children from different grades together, which created difficulties for them to study.

Kariata says her children study Georgian, but are still not able to study in Georgian. That is why they agree to study in mixed classes, but their grades got lower because classes are crowded, and due to loud noise making it more difficult to study.

“They mix fourth, fifth, six grade children together and they attend classes together. We are really concerned, because they cannot study properly,” Kariata says, adding that sometimes classes last only 20 minutes.

Families appealed to Member of Parliament Zurab Zviadauri about this problem and were told that the issue would be taken care of, but nothing has been done yet.

As soon as the family members received Georgian citizenship, they received less attention from the government and international organizations. 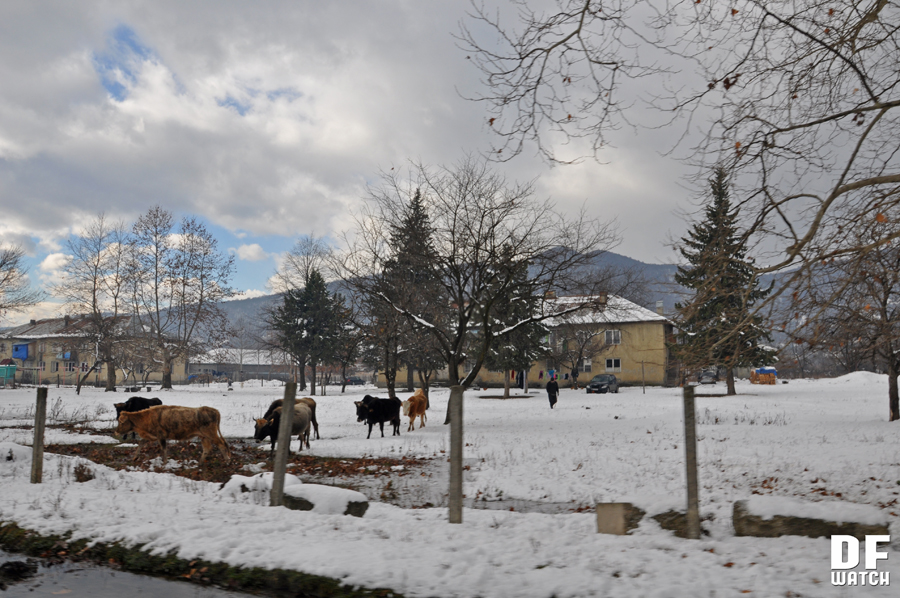 Kariata says she was aware that when she and her family became citizens of Georgia they wouldn’t receive social allowance, utility wouldn’t be free for them anymore, but still they wanted citizenship.

“This country helped us so much. Provided us with what we needed,” she says. “It would be good if we got involved in social life and weren’t separated; but we never appealed to anyone about this problem.”

Musa Dadaev says there are economic problems in Georgia and they understand this well. He thinks nothing has changed for them or in the village after the election, but they expect some changes.

“We voted for the first time here in the presidential election,” Kariata says. “When we were receiving the citizenship I knew I wouldn’t get any allowances anymore, but I wanted to be a normal citizen. How long could we be refugees?”

Kariata regrets that she couldn’t study Georgian. She used to be teacher and teach Chechen literature and grammar in Grozny. When she moved to Georgia she worked at different NGOs and also founded the Union of Georgian Chechens together with other refugees.

Relatives from Grozny tell them that economically there is a quite better situation in Chechnya, but those on official posts live better.

The family wanted to move to Tbilisi, but never managed due to the lack of income. They have been searching for a house in Samgori too, but couldn’t find anything, so for the time being they are remaining in Duisi.